Mondragón and the Other Fr. José María 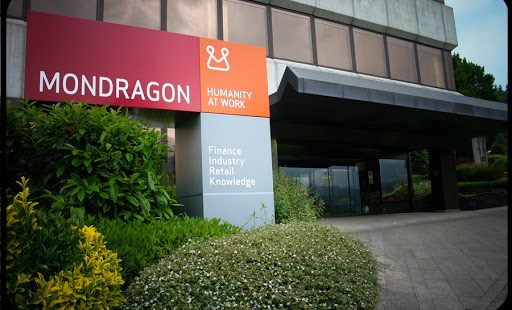 A new way of doing business.

Last summer, my family and I found ourselves on Copacabana Beach with a million-plus pilgrims from around the world, all eager to welcome Pope Francis to Rio.

I can testify that standing amidst a sea of happy people — mostly teenagers and twenty-somethings bearing flags from some 140 countries — is a fine way to realize just how big and wonderful the Church really is.

This experience also reminded me that the Catholic faith is full of paradoxes, as famous convert G. K. Chesterton loved to point out, including our sense of being both parochial and universal at the same time. We have a local loyalty — to our own parish — and yet we attempt to “think with the Church”, i.e., in a universal sense.

But there are different ways of being parochial. The ongoing economic crisis which began in 2008, we should note, did not suddenly inspire first Pope Benedict and then his successor into speaking about the connections between the faith and our workday preoccupations.

And yet many American Catholics continue to have a kind of startled head-in-the-sand response to encyclicals such as Caritas in Veritate and Pope Francis’ recent exhortation, Evangelii Gaudium. Their reaction suggests a narrow focus on American society and its style of bipolar debates (mostly libertarians on one side, mostly welfare statists on the other), oblivious to the springtime of evangelization which has been going on outside (and even inside) the U.S. for several years now.

One example of these new flowerings I described in an earlier article here on the Focolare Movement’s Economy of Communion, the largest network of faith-based businesses in the world.

In this article I want to sketch out another important development — one which is indeed old news to some careful observers, but will perhaps be eye-opening to many others. It begins with a little known Basque priest.

The most famous Basque priest of all time, of course, would be St. Ignatius of Loyola, born in the small province of Gipuzkoa in the Basque country in northern Spain. (The runner-up would have to be St. Francis Xavier.) In modern times, readers might remember that St. Josemaría Escrivá, the founder of Opus Dei, was also from northern Spain (the province of Aragon).

It is curious to note the parallels between St. Josemaría Escrivá and Fr. José María Arizmendiaretta, the latter born not far from St. Ignatius Loyola’s birthplace. Although Fr. Arizmendi (as his name is sometimes shortened) was seventeen years younger than St. Josemaría, their lifetimes overlapped, with Fr. Arizmendi dying in 1976, one year after his colleague, St. Josemaría.  The latter founded the Priestly Society of the Holy Cross (which became Opus Dei) in 1943, the same year that Fr. Arizmendi founded the Mondragón Technical School.

In 1950, Opus Dei was approved as an institution of pontifical right, while the Mondragón Cooperative Corporation (MCC) was founded in 1956. Today, Opus Dei has some 90,000 members, with almost 2,000 priests in 90 countries, while the MCC employs 85,066 people working in 256 companies across 19 countries, and generating some $24 billion in revenues. It operates its own bank, its own university (with multiple campuses), three R&D centers, and a healthcare system. It has been the subject of numerous studies, PhD theses, films, and books (Catholic and otherwise). It is fascinating to compare the fruits of these two spiritual leaders.

“Sanctify your work,” St. Josemaría urged fellow members of Opus Dei. And in a kind of parallel fashion, that is what Fr. Arizmendi’s teams of workers did (using the tools of Catholic social teaching) in the remarkable model of person-centered industrial capitalism they created in the little town of Mondragón, Spain.