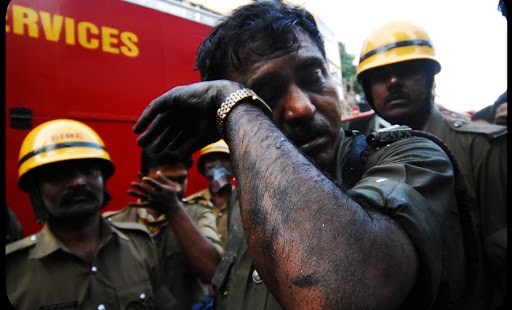 She rushed into a burning apartment building in a heroic attempt to save her sick employer is now at hospital battling for her own life.

An Indian-born caregiver in Israel who rushed into a burning apartment building in a heroic attempt to save her sick employer is now at hospital battling for her own life.

Mrs. Anadavally, who is about 53 and hails from the southwestern Indian state of Kerala, was rescued together with her employer Jan. 1 by firefighters and paramedics in Haifa.

“It is a sad tragedy of a poor working woman,” Fr. Tojy Jose, OFM, head of the Indian Chaplaincy of the Holy Land, told CNA Feb. 20.

Fr. Jose said Anadavally “bravely risked” flames in the apartment to try to save her Alzheimer’s suffering employer, who is 73.

She sought help from her neighbors, but to no avail, and then rushed to shift her employer from the fire, as he is also of limited mobility. In Anadavally’s attempt to save him, she was struck by a charred beam.

“She showed a dedicated faithfulness to her duty and to her employer,” reflected Fr. Jose. “She did not want the man to die, and tried to save him at any cost, as she felt he was like a father to her.”

Anadavally suffered second-degree burns covering more than 40 percent of her body, and has been recovering at Haifa’s Rambam Hospital. Her employer died recently, having failed to recover from the conflagration.

Anadavally “hails from a Hindu religious background but is a believer in Jesus Christ,” said Fr. Jose.

She comes from a poor family and is its breadwinner: her husband suffers from a heart ailment, and her son is in school in their hometown near Kottayam.

Acting bravely as a good Samaritan, Fr. Jose said, Anadavally has in part been neglected since her heroic act, but generous fellow migrant workers are trying to raise funds for her further treatment.

“She needs help and support,” he reiterated.

According to Fr. Jose, there are some 6,000 Catholic and 2,000 Hindu migrants from India serving in Israel, many of them as caregivers or domestic workers. There are also many such migrants from African countries, Poland, the Philippines, and Sri Lanka.

The friar explained that many migrants face challenges of being lured by false and fake employment recruitment agents, maltreatment at work, being duped by fake agencies or private moneylenders.

He added that people can plunge into great debt at the hands of moneylenders and have to pay large sums in interest while barely making ends meet.

A migrant worker in Jerusalem told CNA, “we work hard, and also contribute to the local community and economy.”

The chaplaincy led by Fr. Jose was established in 2010 to care for the spiritual and pastoral care of migrants living under the Latin Patriarchate of Jerusalem.