The Truth About Kindergarten Cut-Off Dates 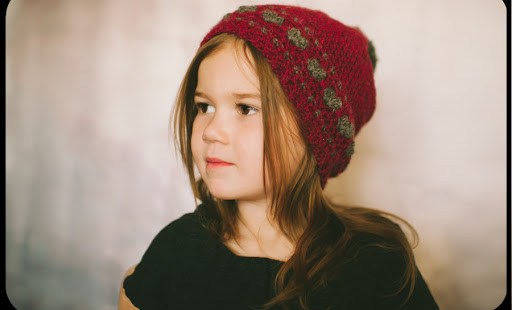 Is this really the best way to place children in school?

My daughter was born a few days after our state’s August 1st kindergarten cut-off date.  If we followed state regulations, she would be 6 years old when she starts kindergarten.  Her nursery school would not even permit her to enter the pre-K class until after her 5th birthday.  This seemed ridiculous to me, a former East Coaster who is accustomed to later kindergarten cut-off dates like October 1st (New Jersey), and January 1st (Connecticut).  As a pediatrician, I knew she was ready for kindergarten.  I wanted to push her ahead.  Essentially everyone told me I was crazy.  But I did it anyway — we sent her to a private school that accepted young kindergarteners.  Here’s our story, and the research to support our decision.

I contacted more than ten schools to ask if they would accept my daughter.  I thought they’d applaud me for not choosing to “red-shirt” my child — hold her back intentionally so that sports and school would come easily.  Not so — all but one principal told me I was making a big mistake.  One school counselor told us to, “leave now.”  An experienced principal of more than 30 years gave me a half-hour lecture about the research against younger kids in kindergarten and why I was wrong to want to push my daughter (whom she never met.)  A Catholic school principal told me that she was legally obligated to stick to our state cut-off date because the school received government subsidized milk (there is no such obligation).  Our parish school would not accept her.  But we did the horrific deed anyway — we sent our 5-year-old to kindergarten.

We knew our daughter was ready for kindergarten — socially, emotionally, and academically.  If we left her in preschool another year, she’d be with kids more than a year younger than her.  She was already bossy and socially dominant.  I was afraid that leaving her in preschool another year would perpetuate false self-confidence.  I wanted her to be challenged academically at school and learn personal responsibility skills like picking up after herself.  I had no doubt that she would thrive socially.

“It’s better to be the oldest,” people told me.  “Everything will come easily to her — sports, academics, social life.”  But I wasn’t sure I wanted everything to come easily to her.  I wanted her to be challenged, learn to push herself, learn that success comes from hard work, not just innate intelligence.

I worried about the physical aspects of being almost a year older than some of her classmates.  Would she get her period in 4th grade?  Would she have romantic interests before everyone else, become attracted to “older boys” who didn’t have her best interests in mind?

People told me, “You’ll never regret letting her be a child for one more year.”  But time is not free — our daughter will have another year of her life as a young adult.  It’s up to her how she uses this time.  She can easily choose to take a year off from school and travel, do volunteer work, etc.  Maybe she’ll be able to finish her education before having her own children.  I’m happy to give this gift to her.  She gets to decide how to use this “extra” year of her life — not me.

The nay-saying educators that discouraged us from pushing our daughters weren’t all wrong — there is good research that shows that children who enter kindergarten at an older age do better academically than those who are the youngest in their kindergarten class.  This academic advantage seems to last at least through the third grade.  The oldest kids in the class have the best standardized test scores.  This, I suspect, is the real reason why kindergarten cut-off dates have been creeping back in the United States.  The older the kindergartners, the better the standardized test scores, and the better the state’s educational system looks on paper.  But where do we draw the line?

Our states have forgotten something: each child is an individual, not a statistic.  Kindergarten readiness has much more to do with the child’s behavior, abilities, and pre-school experience than age.  The same research that shows the academic advantage of older kindergarteners concludes the following:

“The fact that age-of-entry effects were small in magnitude and dwarfed by other aspects of children’s family and child care experiences suggests that age at starting school should not be regarded as a major determinant of children’s school achievement, but that it may merit consideration in context with other probably more important factors (e.g., child’s behavior and abilities).” (National Institute of Child Health and Development, emphasis mine)

Pushing back kindergarten cut-off dates does not help our children.  If test scores indicate that kids aren’t doing well in kindergarten, making them wait another year for education is not the answer.  According to the American Academy of Pediatrics Policy Statement on School Readiness:

“Children's readiness for kindergarten should become an outcome measure for community-based programs, rather than an exclusion criterion at the beginning of the formal educational experience. Our new knowledge of early brain and child development has revealed that modifiable factors in a child's early experience can greatly affect that child's learning trajectory. ”

For my daughter, kindergarten went very well.  There were no concerns about her social skills or academics.  Sports were the big exception — you can’t get away from grade-level and age when it comes to sports, and being the youngest had its challenges.  She learned to swim after most of the other kids in her class, and swim parties were hard.  She played soccer, and I do feel she was at a disadvantage to the girls who were almost a year older than her.  Now, as a second-grader, she loves soccer and seems to have caught up with her older teammates.

After kindergarten, our family made an unexpected big decision — instead of transferring our daughter to public school for first grade, we switched to homeschooling.  There were many reasons for this decision and I discuss them in detail in my article, "18 Reasons Why Doctors and Lawyers Homeschool Their Children."  Our daughter’s age was not a major factor in our choice to homeschool, but homeschooling has turned out to be an excellent solution to this kindergarten cut-off issue.  Our daughter can move at her own pace academically and socially.  She interacts with kids of mixed ages at our homeschool co-op.  Even PE is a mixed-age class, so she’s not always the youngest athlete.  In homeschooling, grade level has more to do with ability than age.  A child can be in 5th grade math but 2nd grade writing.  Each child gets an education tailored to their individual needs.  Which begs the question, why do we divide up kids by age for school anyway?  Why not divide by ability?  Why not just test kids to see if they are ready for kindergarten?

One principal I spoke with was honest about this.  “We used to test children for kindergarten readiness, but there were too many problems when a child didn’t qualify for kindergarten.  Now we just use a cutoff date.”  Our children deserve better than this.

Kathleen M. Berchelmann, MD is an Assistant Professor of Pediatrics at Washington University School of Medicine in St. Louis, and a mother of five young children. She is a regular contributor to Aleteia, ChildrensMD, CatholicPediatrics and CatholicMom, as well as multiple TV and radio outlets. Connect with Dr. Berchelmann at KathleenBerchelmannMD.com.