Life in the Gap 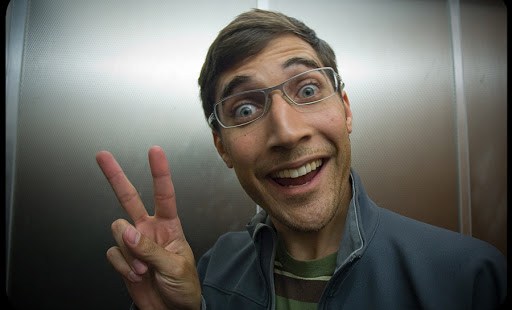 Everything I need to know about the real world, I learned from Fr. Mastroeni.

It was the first day of my freshman year at a Catholic liberal arts college, and I had been condemned — er, assigned — to this diminutive Italian priest’s Catholic doctrine course. Theology 101. Older students looked at my class schedule and turned a little green. “You have him for Theology?” And then they’d collect themselves and clear their throats and say, “Oh, well. You’ll be fine. You’ll be fine.”

He had skin like leather and black hair, spidery black eyebrows, and spiky black hairs that jutted out of his nose and ears. During classes, he slurped black coffee from a travel mug, and his cassock rustled as he paced back and forth, back and forth while he lectured. On the coldest winter days, he’d order the students at the back of the room to open the windows.

“Get some air moving in here!” he’d yell, and then grin as we huddled into our coats and breathed on our frozen fingers so we could take notes.

He threw around platitudes like candy at a New Orleans Mardi Gras parade.

“Living the spirit of poverty doesn’t mean buying lots of cheap stuff. It means making what you do buy count for a long time.” (He once lectured us for a good ten minutes on the art of buying the perfect pair of shoes.)

But perhaps his greatest lesson, repeated countless times over the course of that semester and the following, was this: “Niceness’ isn’t a virtue!” He would throw up his hands as he said it and stare at a spot on the ceiling while the words echoed around the basement classroom.

I was taken aback by this at first, but it sank in over time. In many ways, it’s still sinking in. A little over a year ago, during my brief stint at a newspaper job, I received the angriest voicemail I’ve ever heard from a man who did not know me, calling me hateful and un-Christian because I had had the audacity to lay out the Christian opinion on the homosexual lifestyle in an op-ed. I thought, with a rueful laugh, “At least Fr. Mastroeni would be proud.”

There is no virtue in hiding behind “niceness” when you’re faced with the atrocity of sin. “Nice” wants everyone to get along, shuns confrontation, and looks the other way in the face of real ugliness.

A prime example: abortion. A dear friend of mine spends her Saturday mornings outside a local abortion clinic, approaching women on their way into the facility and offering them literature and information on alternatives. Somehow, she manages to do this with a smile, even when these same women respond with cruel words and ugly gestures. She is charitable and kind, but she is not nice. She looks evil in the face and calls it what it is. That’s virtue.

Niceness, on the other hand, weighs the pros and cons and determines that it’s more important to be comfortable (and well-liked) than it is to fight to save souls.

Sometimes life isn’t comfortable or safe. We make a virtue out of safety and forget that the Christian life is a battle. There is a daily battle being waged for every individual soul, and it’s our responsibility to pitch in. Eternal lives are on the line.

I’m writing this as the world’s most confirmed coward. I can barely confront my roommates about minor areas of housekeeping, and I live in utter terror of being disliked. I have never dreamed of battles or glory. My one experience firing a gun (in a peaceable situation, mind you, and at a safe range) made my knees knock for about an hour afterwards. And the very idea of “resisting to the point of shedding [my] blood” makes my hair stand on end.

Regardless of what I like or what makes me comfortable, though, there remains the stark reality that niceness can’t ever be a virtue because life simply isn’t nice. We must be kind and loving, but we must also resist the urge to succumb to easy, comfortable niceness in living the Christian life.

Mary Beth Baker writes a bi-weekly feature entitled Life in the Gap. Mary Beth’s personal blog, also entitled Life in the Gap, is about a young woman’s daily journey “in between.” In between what? Between the single life and whatever marvelous things God has in store. But far from being about a time of anxious waiting, Mary Beth’s reflections underscore the richness of living in the present moment.