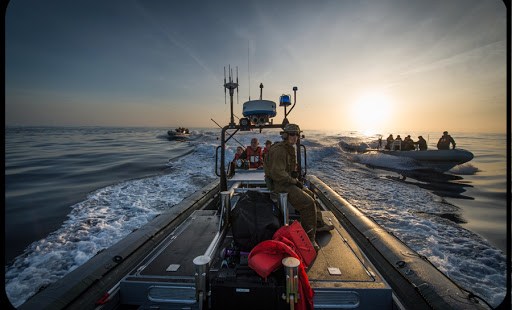 Hagel: Military reduction is a response to the security needs of the modern world.

With a nation in debt in the midst of a perpetually struggling economy, it’s no wonder government officials are looking to make cuts left and right in order to help ease the federal government’s already bloated budget. The one area that has seemed resistant to cuts – a symptom of many a legislator’s fear of potential backlash from constituents – has been defense. The Congressional Budget Office (CBO) shows that at a price tag of $625 billion, defense spending made up 18 percent of the federal government’s expenditures in 2012. Meanwhile, Congressional war hawks – many of whom are fiscal conservatives known for calling for consistent cuts in nearly any other area of the federal budget – have fought against making similar cuts to defense spending, citing national security concerns.

All this changed dramatically on Monday, when Defense Secretary Chuck Hagel called for a massive reduction in the size of the United States military – the lowest, in fact, since World War II 74 years ago. Looking beyond the major surge in defense spending and military activity in the years following 9/11, Hagel said that a “more volatile, more unpredictable” world needs a more nimble – not larger – military.

The Pentagon chief described his proposal as the first defense budget to reflect the nation’s transition from 13 years of war, and will be included in the spending plan for 2015 that President Obama will submit to Congress next week. The plan includes the following details:


According to Hagel, the proposal is built upon a foundation of realism: an America that “acts in the world as it is, and not in the world as we wish it were” – a quote which he borrowed from his World War II-era predecessor, Secretary Henry Stimson.

As the US’s involvement in ground wars draws to an end, Hagel stated that the Defense Department’s new focus will be to maintain the nation’s technological edge as other countries modernize their militaries. While there was no direct mention of any foreign power, both China and Russia are investing heavily in bringing their military capabilities up to date.

Despite the cuts, both Hagel and Gen. Martin Dempsey, who as Chairman of the Joint Chiefs of Staff appeared together with the Defense Secretary at Monday’s press conference, voiced their vehement opposition to the across-the-board congressional budget cuts known as sequestration, arguing that such cuts would have devastating effects on the military.

“We’re all willing to take risks,” Dempsey said. “None of us are willing to gamble.”

Though a congressional deal passed in December would set the Pentagon’s 2015 budget at $496 billion – the same as in 2014 – Hagel said that the President’s budget proposal would also include an “Opportunity, Growth, and Security Initiative” that would provide the Defense Department with an additional $26 billion, provided that sequestration would not be put into effect again. Hagel said that this money would be used for additional training for soldiers, along with other activities that have suffered some neglect in recent years and which are central to troops’ combat preparedness.