Welcome to the Dark Age of Designer Babies 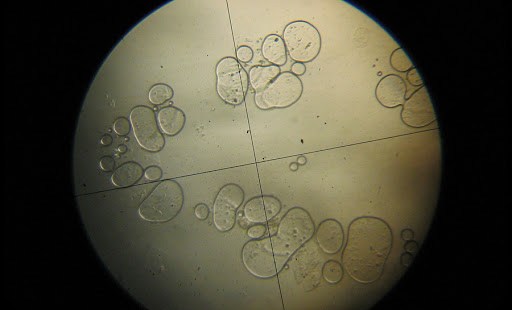 The FDA (Food and Drug Administration) is holding a hearing this week in the US to consider a controversial new IFV technology that would involve the creation of test-tube babies, using the DNA from 3 separate people.

Mitochondria are organelles (or tiny power stations) found in every cell of the body except for red blood cells, generating energy for the cell. They are passed from mother to child through her egg.

There are around 5,000 children in the US suffering from the illness.

Mitochondrial diseases are often caused by mutations – inherited or acquired – in mitochondrial DNA.

This latest IVF research has discovered that exchanging the defective mitochondria of the parent egg/embryo with mitochondria from a healthy donor egg/embryo, avoids passing on the disease to the infant.

There are two different methods for mitochondrial repair:

First – intervention by embryo:
1. The sperm fertilises two eggs; one embryo is created using the egg of the parent, and another with the egg of the donor.
2. The nucleus (containing the genetic information) from the donor embryo is removed and destroyed.
3. The nucleus from the parent embryo (which has the unhealthy mitochondria) are removed and the remains destroyed.
4. The parents’ nucleus is inserted into the donor embryo to create a healthy embryo.

Second – intervention by egg:
1. A healthy donor egg and the mother’s egg with defective mitochondria are collected.
2. The donor’s nucleus (containing most of the genetic information) is removed and destroyed.
3. The nucleus from the mother’s egg is removed and the remains destroyed.
4. The mother's nucleus is inserted into the donor’s healthy egg, and it may now be fertilised by sperm.

The consequences of either of the above procedures mean that the child would have around 20,000 genes from their parents and about 37 mitochondrial genes from a third-party donor. The genetic inheritance of the infant would be irreversibly moderated.

Antonio G. Spagnolo, Director of the Institute of Bioethics, Faculty of Medicine, at the Università Cattolica del S. Cuore, Rome, has spoken to Aleteia about the moral implications of this highly controversial procedure.

“Undoubtedly the efforts of the researchers in attempting to eliminate pathologies of this type are commendable” he says. “Unfortunately the manner in which they proceed to resolve illnesses is very problematic and numerous moral questions must be confronted."

“First of all, at the heart of the matter is the unavoidable problem – which is morally negative in itself – of IVF which is what actually enables the realisation of this new procedure.”

The Church is very clear on the moral depravity of IVF practices, in which many human embryos are experimented on and disposed of.

“Respect for the dignity of the human being excludes all experimental manipulation or exploitation of the human embryo." [Congregation for the Doctrine of Faith]

Besides the many risks involved for both the mother and infant, the big moral problem is that the human embryo is treated as mere disposable biological material, instead of a human person.

The Church explains that the human person is a unified whole, which is “at the same time corporal and spiritual. By virtue of its substantial union with a spiritual soul, the human body cannot be considered as a mere complex of tissues, organs and functions…”

Therefore “the fruit of human generation, from the first moment of its existence…from the moment the zygote has formed, demands the unconditional respect that is morally due to the human being in his bodily and spiritual totality.”

If the human embryo must be treated as a human person, then it is “not in conformity with the moral law deliberately to expose to death human embryos obtained 'in vitro'.”

But then, wouldn’t the second form of IVF be morally permissible, since it only modifies the egg and not the embryo?

Professor Spagnolo answers that “the procedure cannot be morally permissible.”

Firstly, in addition to the foundational problem of IVF in itself being morally wrong, Spagnolo emphasises the problem of consequences.

“Even for those who retain that in vitro fertilisation does not have any moral problems” he explains that “they still could not help but recognise that this new procedure is, in itself, loaded with unknown elements with regards to its results."

Indeed there is no way to tell, from supposed initial ‘success’ in experimentation, what the long-ranging consequences of this procedure could be for the child and what physiological or psychological problems it may cause further down the line.

Secondly, Professor Spagnolo considers the risks involved with understanding the procedure in terms of “gene therapy.”

He explains that the scientific community has “always considered gene therapy on germ cells in the negative sense.”

The practice “deals with inserting correct genes into a germ cell before IVF” he says. “Germ gene therapy is loaded with risks since any possible harm transmitted would be done not only to the embryo in question, but also to the descendants of the embryo.”

Here Spagnolo brings our attention once again to the teachings of the Church.

“The Catholic Magisterium reminds us: ‘because the risks connected to any genetic manipulation are considerable and as yet not fully controllable, in the present state of research, it is not morally permissible to act in a way that may cause possible harm to the resulting progeny. …For these reasons, therefore, it must be stated that, in its current state, germ line cell therapy in all its forms is morally illicit.’” [Dignitas Personae, 26]

So basically, 3-person IFV treatment is a moral no-go.

"It is not enough merely to discipline by law the ways in which it is brought about" Spagnolo asserts, "since its fundamental meaning remains the same."