War and Conflict Come from Our Own Hearts, Pope Warns 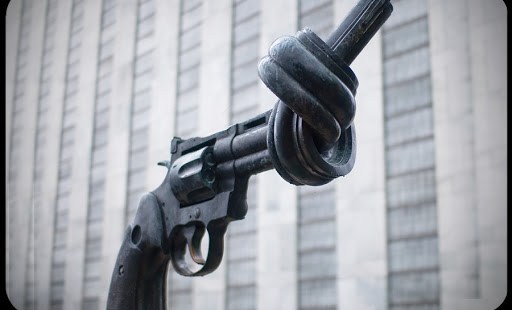 Pope teaches that suffering leads us closer to God.

In homily at Tuesday’s Mass, Pope Francis mourned the victims of the many small wars taking place in the world, stating that in the face of these tragedies, we should grow closer to God and strive for peace.

“'Where do the wars and conflicts among you come from? Maybe from your passions?' In the heart!” the Pope emphasized in his Feb. 25 Mass, echoing the words of St. James from the day's first reading.

Taking the apostle's message as a launching point, in which he condemns war as an act of man's passions and urges his audience to purify and humble themselves before God, the Pope also recalled the disciples in the Gospel, who were debating among themselves who is the greatest.

“War is born when hearts turn away,” the Roman Pontiff expressed to those present in the Vatican's Saint Martha guesthouse, drawing attention to the daily stories in the newspaper that report on various divisions, deaths, and victims of violence.

“The dead seem to be part of a daily tally. We are used to reading these things,” he noted, highlighting that “if we had the patience to list all of the wars in the world at this moment, surely we could write several papers.”

Noting how “the spirit of war” seems to have “taken hold of us,” the Pope expressed that although many are making “acts to commemorate” the 100th anniversary  of the First World War, “today it is the same.”

“Rather than a great war,” there are “small wars everywhere, people divided … and to conserve their own interests they kill, they kill each other.”

Calling to mind the “shock” of many who learned the story of Cain and Abel as children in Sunday school, the Bishop of Rome stated that although at first it is difficult to accept that someone would kill his own brother, today “many millions are killed between brothers … but we're used to” it.

“Wars, hatred,” and “enmity cannot be bought at the market: they are here in the heart,” he repeated, recalling how many in World War I died for “a piece of land, for an ambition, for a hate,” or “for a racial jealousy.”

Observing that it is passion which “leads us to war,” Pope Francis highlighted that “habitually in front of a conflict, we find ourselves in a curious situation: going forward to resolve it, arguing — in the language of war.”

“The language of peace does not come first!” lamented the Roman Pontiff, explaining that the consequences are most often “the children affected in refugee camps,” and emphasizing that “this is the fruit of war.”

Encouraging those present to “think of the large living rooms, of the parties that are made by those who own the arms industries, that manufacture weapons,” the Pope explained that “the child got sick, hungry, in the refugee camp,” while those who manufacture the weapons enjoy “great parties” and “the good life.”

“What happens in our hearts?” he asked, stating that St. James' advice to “draw near to God and he will draw near to you,” is the only solution because “this spirit of war, which leads us away from God, is not only far from us,” but is “even at home.”

“How many families are destroyed because the father, the mother, are not capable of finding the way of peace and prefer war, suing … war destroys!”

Asking those present to pray for “this peace that only seems to have become a word, nothing more,” the Bishop of Rome highlighted that this word has the capacity to act, following the council of St. James: 'Recognize your misery!'”

Observing that this misery comes from “the wars in families, the wars in the neighborhood, wars everywhere,” Pope Francis emphasized that “this is what we must do today” as a “Christian in front of so many wars, everywhere … cry, mourn, humble oneself.”

Concluding his reflections, Pope Francis asked that “the Lord make us understand this, and save us from getting used to the news of war.”