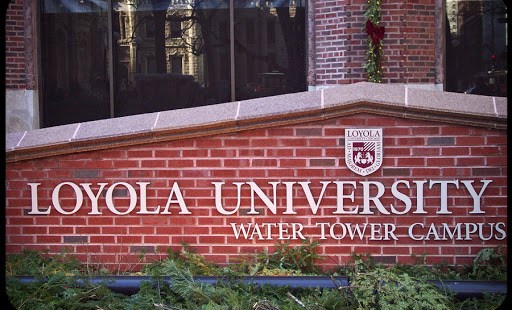 In light of the Illinois law legalizing same-sex marriage which is scheduled to go into effect in June of this year, Loyola University Chicago announced that it has changed its policies to allow only Catholic weddings on campus, according to ChicagoPride.com.

"Our policy reflects our desire to reserve and use our facilities and campuses for rituals and ceremonies that are congruent with our obligations and values as a Jesuit, Catholic institution," said Maeve Kiley, a University spokeswoman, according to DNAInfo Chicago. "That is why we are limiting weddings to Catholic ceremonies in our Catholic chapel."

However wedding receptions “regardless of religious or gender identification” will be permitted in any of the university's other venues including Loyola's Cuneo Mansion and Gardens, Kiley reportedly added.

Late last year, the University administration announced it was discussing changes to its policy. Around that time, the editorial board of The Loyola Phoenix, Loyola University Chicago’s student newspaper, publicly pleaded with the Jesuit institution to allow same-sex marriages to be performed on campus as a way of honoring the university’s “Jesuit values of inclusion and social justice.”

The Chicago Tribune reported in November that while the law does not require clergy to perform same-sex weddings or force churches to host same-sex ceremonies “it also does not permit people or religious institutions to deny a same-sex couple the opportunity to rent any other venue for a same-sex marriage ceremony or celebration, if the venue is otherwise available to the public.”

The Cuneo Mansion and Gardens is open to the public for rental and would likely not qualify for an exemption.

A Loyola student named Christine Irvine launched a petition at Change.org which currently has about 3,000 signatures, urging the university to allow her to marry her same-sex partner on campus. “We call on Loyola University Chicago to end the discriminatory policy banning same sex ceremonies on campus,” the petition states. “Policies such as these do nothing but harm the lgbtq community.”

Irvine called Loyola University’s decision “disheartening” in the Windy City Times. "It's really disheartening," she reportedly said. "It's a sign of the non-acceptance and non-tolerance of the LGBT students on campus …a sign of disrespect of our love compared to our peers."

Courtesy of Catholic Education Daily of The Cardinal Newman Society