Why “12 Years a Slave” Will (and Should) Win Best Picture 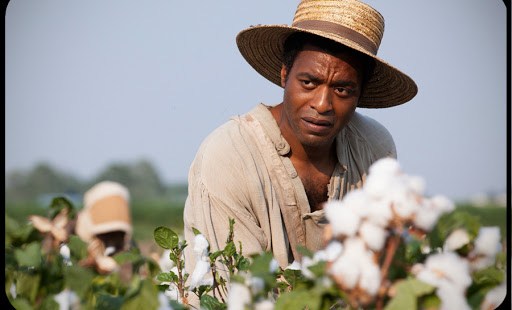 Director Steve McQueen has created a truly great film about slavery and the mystery of human dignity.

For all you Oscar pool players, I’d like to throw out a prediction for your consideration: Steve McQueen’s 12 Years a Slave will walk away with the Best Picture award.

But if for some reason I’m wrong and Gravity steals the award, the plain fact is that it should win. It’s not only the best film of the year – it’s quite possibly one of the best films ever made.

There was Roots, a TV miniseries which won countless Emmys and a Golden Globe. Amistad and Beloved come to mind; but the first distances itself from slavery through its locale (New England courtrooms), the second through its era (post-Civil War 1860s). Besides, neither film was especially great; neither won a single Academy Award.

That a film like this should have been made years ago seems fairly obvious; but it seems less obvious that the artsy, soft-spoken British director behind films like Hunger and Shame would be the man to finally make it.

And yet, McQueen's role seems eerily fated; he wanted to tell the story of a free man being captured and sold into slavery long before getting his hands on Solomon Northrup's book of the same name, a true account which revolves around this exact premise. "Each turn of the page was a revelation," McQueen recalls. "When you have an idea, and you see it in your hands in a book, it was just amazing.” The story of slavery was waiting for its risk-taker, the one who would get at the heart of the matter. And McQueen was it.

The stark realism of 12 Years a Slave is not only difficult to watch; at times it feels downright impossible. In three especially violent scenes, which unfold like Northrup's stations of the cross, he lets the camera linger, and linger some more. He – quite rightly – won’t allow us the luxury of looking away.

In a lesser film, the exposition of this kind of brutality might devolve into something distant or unreal, and fail to really affect an audience. But as a work of art, 12 Years a Slave will stand the test of time. Sean Bobbit's cinematography (the same eye behind the vivid fatalism of The Place Beyond the Pines) is impeccable; Hans Zimmer's score is reminiscent of the sonic dread concocted by Jonny Greenwood for There Will Be Blood; the veteran actors in the film – especially Chiwetel Ejiofor, Michael Fassbender, Paul Giamatti, and Alfre Woodard (who shines in a single scene as the former slave Mistress Shaw) – are at the top of their game; and the depth and pathos conveyed by newcomer Lupita Nyong'o should – if the Academy has any sense at all – earn the film at least Oscar number two.

McQueen and screenwriter John Ridley leave no stone unturned to capture slavery’s every dimension: its lasting psychological torment; its chilling effect on families torn apart for money and expediency; the in some ways more odious behavior of slave-owners who were “nice” to their slaves but gladly perpetuated their bondage ("I have debts to be mindful of," one sighs); and the constant but often subtle manipulation of language, culture, and religion to institutionalize it. McQueen has no interest in making in a two-dimensional statement about Christianity in either direction; rather, his focus is believably lived experiences at a historical crossroads. Maybe the most sublime expression of wisdom comes from Mistress Shaw who, as if from the standpoint of eternity, declares: "In his own time, the Good Lord will manage them all."

But McQueen’s single greatest insight into the horror of slavery comes toward the end of the film. During a single shot that lasts several minutes, we watch helplessly as the innocent Patsey is whipped by her cruel, jealous owner Edwin Epps. Northrup, watching from just behind them and still reeling from being forced to participate in the punishment, declares: “Sooner or later, somewhere in the course of eternal justice thou shalt answer for this sin!” But Epps responds: “There is no sin. A man does how he pleases with his property.”

Michael Fassbender delivers this line with great nuance – as if the words were uttered to convince himself what he knows isn’t true. But after witnessing minute after minute of this harrowing, dehumanizing violence, the word “property” cuts like a knife.

This is not the first film to wound us in this way. Epps – who spends much of the movie lusting after Patsey – mirrors the brutal Nazi Amon Goeth in the film Schindler’s List. "I realize that you are not a person in the strictest sense of the word,” whispers Goeth to a Jewish girl. “I mean, when they compare you to vermin, to rodents and to lice…Is this the face of a rat? Are these the eyes of a rat? 'Hath not a Jew eyes?’”

Patsey’s cries for solace, in turn, reflect David Lynch’s classic The Elephant Man, where a horribly disfigured man named John Merrick cries out in the street, begging for dignity. His famous cry – "I am not an elephant, I am a human being!" – is not a mere biological distinction between two species, but a testimony to all the richness and beauty of Merrick’s interior life as a person. He is a person because he is human.

12 Years a Slave adds its voice to a symphony of movies, all reminding us of a great truth: that our dignity is inextricably bound to our humanity. As Jacques Maritain wrote in The Person and the Common Good:

The spiritual soul, in other words – a soul which makes us persons and not trees or dogs – isn’t a ghost inhabiting a machine: it’s the form or essence of every human body.

But what if “personhood” doesn’t mean anything really? What if it’s just a flexible legal term? In another key scene, a debate unfolds between Epps and a Canadian abolitionist (played by Brad Pitt) on just this subject: the difference between human positive law and the moral or natural law. The conversation calls to mind Dr. Martin Luther King Jr.'s “Letter from Birmingham Jail”:

With 12 Years a Slave, Steve McQueen has said something so simple and so necessary: “Look. See. This is Solomon Northrup's story, and the story of so many other slaves. This is your history.”

But another conundrum posed by the film is whether Epps’ view of his fellow man is really ancient history at all. We watch these distressing scenes at the movies, appalled at all the human beings treated like objects, animals, three-fifths persons, untermenschen, and “life unworthy of life” down through the centuries. How were people back then so blind, so cruel?

But maybe, as we look around us, those haunting words of the Dred Scott dissenting opinion convict us even today: “He bears the impress of his Maker, and is amenable to the laws of God and man; and he is destined to an endless existence.”

For all of this, 12 Years a Slave will – and should –win Best Picture.