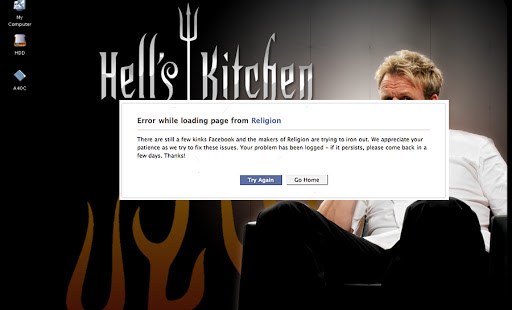 And how to change their minds.

If your Facebook wall is anything like mine, a lot of your friends were ecstatic when Arizona’s religious liberty bill went down in flames this week.  They had won a great victory over Arizona’s baking bigots, and it was time to celebrate!

You’re probably disturbed that people you care about hold America’s first freedom in such low regard.  You might just want to give up, hit the “unfriend” button, and draw up plans to decamp to Malta.  But I learned this week that there’s still deep sympathy for our cause, and even your most vehement friends can be brought around… as long as you pull up these four intellectual weeds first:

1. Your friends don’t even know what we want.

The Arizona religious liberty bill was very modest. As our own Brantly Millegan explains, SB1062 would have allowed business owners who are being compelled by law or lawsuit to violate their consciences to argue in court that the compulsion “substantially burdens” their religious beliefs and (and!) there is no compelling governmental interest justifying that burden. That’s it; religious people would get their day in court. The “gay Jim Crow” horror show some hysterical reporters feared was simply manufactured nonsense – and all you have to do to prove that is read the bill, which is just two pages long.

Clear up this misunderstanding, and you can begin to have a conversation where before you could only fire slogans at each other.  But it’s still an uphill fight, because…

Out comes the parade of horribles. If we take the huge step of giving everyone religious freedom all the time, dystopia will descend! Restaurateurs will eject interracial couples! Jehovah’s Witness doctors will refuse to perform blood transfusions! Single mothers won’t be able to get bank loans! Your friends will show you how radical religious freedom would lead to chaos.

Except none of this is new, much less radical.  Our “substantial burden and compelling interest” test was created by Sherbert v. Verner, which the Supreme Court decided in 1963.  Despite occasional judicial lapses, that test remained essentially intact until 2009, when the New Mexico Supreme Court became the first major court to rule that business owners don’t share everyone else’s religious liberty protections.

Our proposals would merely restore the law of the land as it stood for more than four decades.  Dystopia didn’t happen then and it won’t happen now, but your friends haven’t gotten that yet because…

3. Your friends don’t see that all we want is freedom from coercion.

One of the most popular reposts this week was this “ten-question quiz” from the Huffington Post.  It argues, mockingly, that Christians are the ones trying to force other people to obey our religious teachings. But all we want is the freedom to not have to directly help other people do evil things. That Christian wedding photographer didn’t go to court because some gay people had a wedding; she was being sued because some gay people wanted to force her to help facilitate their wedding. The substantial burden test does not allow Christians to drive gays or blacks or atheists or anyone else out of the public square.  All it does is protect religious people from being compelled by law to actively participate in immediately evil actions.

4. Your friends don’t recognize the stakes.

If the government can make us do things we consider evil without justifying it with a compelling need, then what exactly does “religious liberty” protect?   Your friends see “religious liberty” as a shield for right-wing bigots to make life hard on gays; they don’t get that freedom of conscience is how we protect, for instance, conscientious objectors, too.  It’s never occurred to them that the freedom of conscience is the cornerstone of the freedom of expression, either.  After all, if the government can compel actions that violate one’s conscience, surely it can also compel something as comparatively minor as speech, too.

Then, suddenly, it’s not about the bigots anymore.  Suddenly, your friends see that America depends on a religious freedom that extends far beyond the four walls of the local church.

This is Facebook, not a tent revival, so don’t expect your friends to weep, repent, and send Governor Brewer a birthday card.  But you might be surprised how many initially hostile friends are willing to say, “Okay, you have a legitimate concern here, and we should get this into law – for our own sakes, not yours, you hateful bigot – so let’s see if we can make it happen.”

In the end, that’s all America needs your friends to do.

James Heaney is an intern at Aleteia.