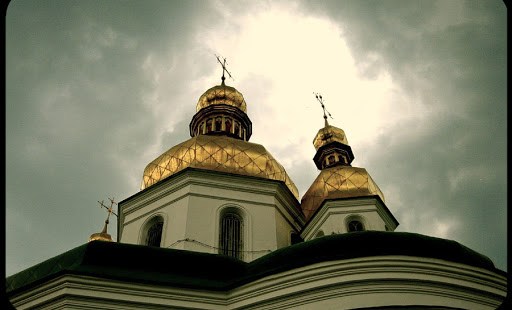 But new developments in the church have political ramifications.

A new diocese of the Ukrainian Greek Catholic Church has been established in southern Ukraine, following a decision to divide the former Archiepiscopal Exarchate of Odesa-Krym in two.

On Feb. 13, Pope Francis confirmed the decisions of the synod of bishops of the Ukrainian Greek Catholic Church regarding the Archiepiscopal Exarchate of Odesa-Krym.

Bishop Vasyl Ivasiuk, the former bishop of the Odesa-Krym exarchate, has been transferred to the Eparchy of Kolomyia-Chernivtsi.

It has been confirmed that Fr. Mykhailo Bubniy, formerly a superior of the Redemptorist monastery in Ivano-Frankivsk, will be consecrated a bishop April 7, and installed as the first Exarch of Odesa April 12.

“As the bishop, I’m going to build structures, like a chancery and a tribunal, to help grow Odesa into an eparchy,” Fr. Bubniy told CNA in a recent interview. “An exarchate is the first step toward this.”

In the Ukrainian Greek Catholic Church, an eparchy is analogous to a diocese in the Latin rite, and an exarchate is analogous to an apostolic vicariate – a region not yet ready to support a full diocese.

Mykhailo Sheludko, former press secretary of Bishop Ivasiuk, explained to CNA that a “main reason for the reorganization is simply the distance.”

It is nearly 380 miles between the two eparchies — a territory difficult to minister to with few priests. It is 12 hours by train from Odesa to Simferopol, and in 2012 the Odesa-Krym exarchate was served by 43 priests.

The restructuring is also reflective of the Ukrainian Greek Catholic Church’s massive growth since the fall of the Soviet Union 25 years ago, before which the Church operated entirely underground.

“In 1989 approximately 300 priests, most about 70 years old, emerged from the catacombs,” Bishop Boris Gudziak, Eparch of Paris and president of Ukrainian Catholic University, told CNA Feb. 26. “Today the Church has 3,000 priests and 800 seminarians. The division of the Odesa-Krym Exarchate is a natural response to such growth and another example of the strong dynamism of the UGCC.”

The reorganization is in the context of a longer, ongoing process to establish the Ukrainian Greek Catholic Church as an Eastern Patriarchate, says Sheludko, a distinction already held by several Eastern Catholic Churches, which generally grants more autonomy for promulgating religious texts and related activities.

The head of the Ukrainian Greek Catholic Church, Major Archbishop Sviatoslav Shevchuk, told the Religious Information Service of Ukraine in 2011 that “improving our service to our eparchies and similarly to each of our believers” is an important step in building the patriarchate.

The division of the Odesa-Krym exarchate is likely to provide more localized care for Catholics in an area that faces a unique set of challenges.

While there are roughly 10,000 Ukrainian Greek Catholics in Odesa, the port city only has two places where Divine Liturgy is celebrated, according to Sheludko: one is a small, converted house church, and the other an ecumenical apartment chapel intended to serve sailors and navy personnel.

Though Bishop Ivasiuk had tried for years to secure land for the establishment of a new church in Odesa, his efforts were often thwarted. In 2010 the leadership of the Ukrainian Greek Catholic Church accused Odesa’s Russian Orthodox Metropolitan, Ahafanhel Savvin, of convincing the local city council to deny approval for the building of a parish church.

Sheludko says that unfortunately, such disputes between Orthodox and Greek Catholic authorities in the region are not uncommon.

The Moscow Patriarchate of the Orthodox Church “doesn’t want to give up churches in Odesa because it thinks that people gain a different kind of consciousness when they convert to Ukrainian Catholicism,” Sheludko reported.

Despite all this, Fr. Bubniy said, “I’m very optimistic about our ability to build better ecumenical relations with other groups in the area.”

“Our outgoing bishop gave us a good foundation — both physical and spiritual — upon which to continue this process.”

These developments in the Ukrainian Greek Catholic Church come among profound political transition in the nation.

Protests in the capital Kyiv began in November, when the government announced it would not sign a major economic partnership agreement with the European Union, in favor of a $15 billion bailout agreement with Russia. Tens of thousands of protesters filled the streets of Kyiv, at times occupying government buildings.

Protests continued through February, until more than 70 persons were killed – some of them by snipers – during protests at Maidan in Kyiv.

On Feb. 21, the Ukrainian president, Viktor Yanukovych, fled Kyiv; the next day, the parliament voted to remove him from power. Oleksander Turchyov was appointed acting president Feb. 23 by parliament.

Turchyov has already announced his desire to strengthen ties with the European Union, and formed a government Feb. 27, with Arseniy Yatsenyuk appointed as prime minister. Elections have been scheduled for May 25.

Ukraine’s acting president has also warned against the dangers of separatism, a risk from the majority-Russian areas of eastern Ukraine – including Crimea.

Crimea is a southern peninsula of Ukraine where nearly 60 percent of the population are ethnic Russians. The territory was transferred from Russia to Ukraine in 1954 under the Soviet Union.

Tatars and ethnic Ukrainians have clashed with ethnic Russians in Simferopol in recent days, with armed men raising a Russian flag over the Crimean parliament Thursday, unopposed.

The close ties between religious and national identity pose important challenges for the Ukrainian Greek Catholic Church, both in Crimea and around Odesa.

While the majority of persons in the south of Ukraine identify as Orthodox, there is also a minority of Latin rite Catholics in the area.

Sheludko said the Ukrainian Greek Catholic Church “can learn a lot from its Latin rite brothers here. The UGCC does not yet have a strong tradition of enculturation, like the Roman Church does.”

He said a system is still being developed for translating and adapting the Ukrainian liturgy into other languages and contexts.

In Crimea, where 97 percent of the population are reported to speak Russian and not Ukrainian, such adaptation practices are vital.

“If language will inhibit our ability to express the truth of love, we are ready to adapt the liturgy,” Fr. Bubniy told CNA, “like our Western brothers do.”