What Would It Take for the U.S. to Justly Intervene Militarily in Ukraine? 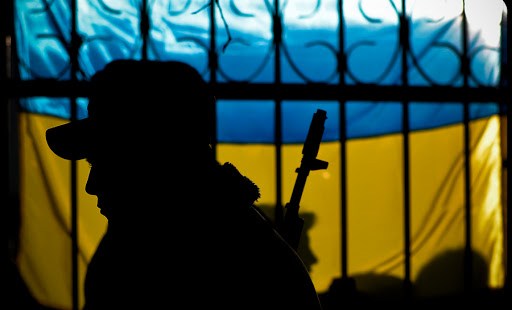 The Russian military has invaded eastern Ukraine. U.S. President Obama has warned “there will be costs” – but without saying what all of those “costs” could be.

And having significant costs is important. “If Russia could detach parts of neighboring countries with impunity,” CNN’s Fareed Zakaria points out, “won’t other great powers like China decide that they too can act in such ways?”

The “costs” will probably include trade sanctions. Some say they could include a boycott of the upcoming G8 summit meeting later this year in Russia. But could they also include a military response?

Probably not right now. “The last thing anybody wants is a military option in this kind of situation,”  Secretary of State John Kerry told NBC’s Meet the Press, though he also says “all options are on the table.”

Republican Senator and former presidential candidate John McCain agrees military intervention isn’t smart at this point. "There is not a military option that could be exercised now," he said at the American Israel Public Affairs Committee's annual conference. "But the most powerful and biggest and strongest nation in the world should have plenty of options."

Whether it becomes a more serious option or not will largely depend on Vladimir Putin’s actions in the coming days and weeks. It would be a dangerous precedent for the international community to set that, as long as it is willing to weather trade sanctions and political boycotts, a major power can feel free to expand its empire. The longer the Russian military remains in Ukraine, particularly if it takes control of more territory, the more a military response by the U.S. or the rest of the international community will have to be taken seriously.

Which makes this a good time to review the Church’s principles for Just War.

The first thing to know is that “a war of aggression is intrinsically immoral.” (CSDC, 500) The use of force is only legitimate as defense. This makes any expansionary aspirations of Putin immoral. A military response by the international community meant to protect the Ukrainian people and their country’s sovereignty could be legitimate defense.

But that still wouldn’t make military intervention just; defense is just the first factor to consider. The Catechism gives four other factors that must be considered when determining whether military action would be just.

– The damage inflicted by the aggressor on the nation or community of nations must be lasting, grave, and certain.

– All other means of putting an end to it must have been shown to be impractical or ineffective.

– There must be serious prospects of success.

– The use of arms must not produce evils and disorders graver than the evil to be eliminated. The power of modern means of destruction weighs very heavily in evaluating this condition. (CCC 2309)

You can see that justifying military action, both in this situation and in general, is a tall order. In the present situation, Russia would have to be shown to be inflicting “lasting, grave, and certain” damage. The international community would have to thoroughly exhaust all of its other options (which it hasn’t come close to doing yet since the situation is still fairly new). Any operation would need to have a “serious prospect for success.” And it would have to be clear that intervention would not needlessly escalate into something more serious – particularly given Russia’s vast nuclear arsenal.

There may be just one good thing about this unfortunate situation, though: the fact that leaders across the political spectrum are being slow to advocate military action is at least one positive sign about our country’s political culture.