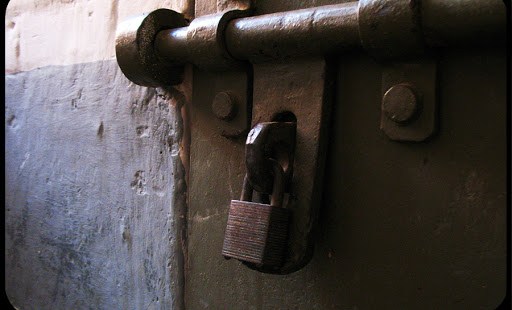 “We are part of a spiritual and human crisis, and we need to make change.”

Former prisoners, legal advocates and United Nations officials spoke out in Washington, D.C., against the use of solitary confinement for long periods of time, as well as for juveniles, the disabled and pregnant women.

Juan Mendez, U.N. Special Rapporteur on Torture, called in a Feb. 25 press conference for “recognition of the adverse physical, mental and emotional impacts of solitary confinement,” along with “the development of procedures to safeguard against its application for excessive periods of time.”

The Washington, D.C., press conference, co-hosted by the National Religious Campaign Against Torture and the American Civil Liberties Union, preceded a hearing before the Senate Judiciary Committee's subcommittee on Constitution, Civil Rights and Human Rights.

Participants asked that federal and state prisons be encouraged to ban the use of solitary confinement on juveniles, pregnant women and the mentally ill as part of a larger reassessment of the practice.

Mendez applauded states such as New York, Colorado and Mississippi, which have made various changes to reform solitary confinement policy, such as giving prisoners more time outside of cells, and passing laws to protect juveniles.

Still, he said, solitary confinement poses serious risks to prisoners, and there are many improvements to be made within the American prison system.

“The use of prolonged solitary confinement of any kind should be prohibited at all times because it constitutes cruel and unusual punishment,” Mendez said, warning that any solitary confinement lasting more than 15 days is dangerous, because “many of the harmful physical and psychological effects of isolation can become irreversible.”

However, he continued, “this is not to say than any solitary confinement lasting less than 15 days is completely justified,” but instead, the matter should be considered on a “case by case” basis, weighing the prisoner's background, action, and the circumstances of the confinement process at the prison in question.

He also warned that due to the harsh conditions surrounding solitary confinement, “actual torture will go undetected and uncharged” in many cases.

Mendez called for an acknowledgement of the impact of solitary confinement, particularly on juveniles, pregnant women and the mentally ill, as well as those who are isolated for long periods of time.

He urged that discipline “must be proportional” to the crime of the detainee and stressed that “solitary confinement must not be imposed unless there is an affirmative determination that it will not result in severe mental or physical pain or suffering.”

Also speaking at the event was Five Mualimm-ak of the New York Campaign for Alternatives to Isolated Confinement. Mualimm-ak spent five years – more than 40,000 hours – in solitary confinement in a New York state prison.

He explained that a typical solitary confinement cell is about “the size of your bathroom,” and that the “rec area” provided to prisoners for recreation is “like going into the shower.”

During his time in solitary confinement, Mualimm-ak said, he suffered permanent emotional and psychological damage, asking attendees to imagine the “sensory deprivation” that accompanies living in a small cell with little to no human touch, new sights, or sounds other than “the footsteps of people walking by.”

While in solitary confinement, he said, he was only able to speak to his children through a slit in his cell, and was not able to touch them.

“We are part of a spiritual and human crisis, and we need to make change,” Mualimm-ak stressed.