Pope Prays that Youth Will Respond Freely to Vocational Call 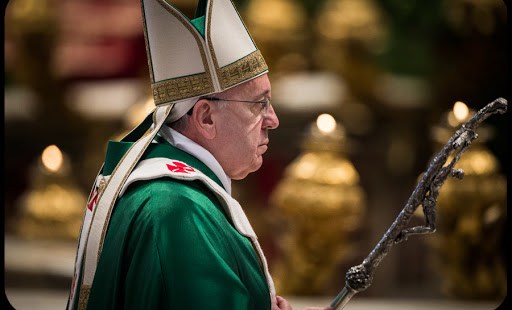 “We must pray a lot. But we must be careful: there are vocations.”

In his daily homily Pope Francis said many youth are too attached to worldly things to answer God's call, and encouraged prayers for them to “empty” themselves in order to respond with generosity.

“We must pray so that the hearts of these young people may be emptied, emptied of other interests and other sentiments, so that they may become free,” the Pope said March 3.

Centering his thoughts on the figure of the rich young man in the day's gospel taken from Mark – in which the youth walks away from Jesus' invitation to follow him due to his possessions – the pontiff observed that “He was a good man, a man who had observed the commandments from his youth.”

However, “this was not enough for him,” the Pope explained to those present in the Vatican's Saint Martha guesthouse, “he wanted more. The Holy Spirit was pushing him further.”

Recalling how the young man went away sad after Jesus told him to “'Go, sell what you have, and give to the poor; then come, follow me,'” Pope Francis emphasized that although he was “restless” and wanted to be closer to Jesus, “his heart was full and he lacked the courage to empty it.”

“He made his choice: money. His heart was full of money,” the pontiff noted, stressing that “he was not a thief, or a criminal: no, no, no! He was a good man: he had never stolen! He had never cheated anyone: his money had been earned honestly.”

“But his heart was imprisoned, it was attached to money and he lacked the freedom to choose. Money chose for him.”

The Pope then lamented the many young people who “are not ashamed to kneel before” Jesus and to “publicly show their faith in” him, “but when their hearts are full of something else and they lack the courage to empty their hearts, they turn back and their joy becomes sadness.”

Highlighting how there are many youth today that have vocations, but that there are often obstacles that stop them from responding, the pontiff emphasized that “we must pray so that the hearts of these young people may be emptied.”

“This is the prayer for vocations,” he explained, adding that “this prayer of ours is to prepare these hearts so that they are able to follow Jesus closely.”

Bringing his homily to a close, Pope Francis prayed for the many youth who are “good” but “so sad,” and urged Mass participants to also pray that the Lord “help these young people so that they may be free, not slaves, so that their hearts be for You only.”

Also praying “that the call of the Lord can be heard and can bear fruit,” the Pope repeated that “this is the prayer for vocations. We must pray a lot. But we must be careful: there are vocations.”

“We must help them to grow,” he insisted, “so that the Lord can enter into those hearts and give this indescribable and glorious joy that belongs to every person who follows Jesus closely.”