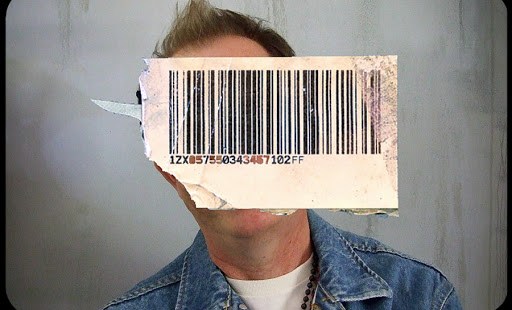 On Saturday, I drove past a church. At least, I think it was a church — there was a sign that said it was (I couldn’t technically tell from the design of the building). There were several doors in different places, and above one of them, somebody had duct-taped a huge canvas sign labeled, “MAIN ENTRANCE.”

Last month, Encounter Books published “Why Place Matters: Geography, Identity, and Civic Life in Modern America,” a thoughtful collection of essays edited by Wilfred McClay and Ted McAllister. In it, there is an essay by me called “The Rise of Localist Politics.” It was interesting for me to read it when the book was published, because I wrote the essay several years ago in 2011, when localism was just starting to be a “thing.” And I’d only just started looking into some trends that have grown considerably since.

Back then, I observed that some elements of the political left had started to value the local, particularly when it came to food or shopping; it was more of a yuppie trend, and more to be talked about than lived by. But the right had begun to get into the act as well, starting publications like Front Porch Republic that were dedicated to asking questions about why Americans had grown so isolated and why our cities and suburbs had become such places of anonymity. In whatever form, with whatever focus, the idea of the local was that people naturally gravitate towards things with a human scale; things they can make sense of and relate to; things that are unique to the here and weren’t franchised there like a McDonald’s.

I wasn’t thinking about it as I wrote, but in hindsight, I could see the maturation of this idea of localism in a more recent essay I contributed to The Statesman, the flagship publication of the John Jay Institute. Entitled “The Fatal Flaw of American Charity,” this piece described how today’s American nonprofit sector lacks a sense of human dimensions and fails to treat people like people. For example, here are several assumptions most nonprofits make about you:

– You are a bank account, not a person; you should give us money and then leave us alone to do our jobs.

– When you ignore the beggar on the street but donate to us, you’re doing the right thing.

– Fighting social problems is best done by professionals; we’re going to fix poverty, education, the rainforest, etc. with a five-person team and your money.

Some of these sound harsh, but I wrote this latter piece with the benefit of several more years of research, experience consulting with dozens of nonprofits, and the continued development of publications, organizations, and ideas built around a human scale.

Not that nonprofits are the sole culprits, of course — most of what happens around us doesn’t happen on a human scale. The high school across from my house is a factory for mass-equipping thousands of students with a cookie-cutter approach to education (I feel sick when I watch the poor kids line up by the thousands to get on the buses). Most adults pick where they’re going to live based on proximity to the shiniest factory, and the largest assortment of national shopping chains, and deal with hours of driving every day in order to get other places in their non-human-scaled existence. And then there’s that thing called The Government.

Yet if the research in my “Fatal Flaw” piece is accurate, the human brain doesn’t know what to do with things on this scale. A large part of the reason we feel so isolated is that everything from our schools to our purchases to our churches to our news to our government is big, impersonal, and distant.

What if it weren’t?

What if you knew your neighbors and were actually working with one another to make a community function? What if, when you saw a beggar, you knew who it was and whether he actually needed help or not? What if your kids’ school were a humane place? What if there were places in your town worth caring about?

The difference between 2011 and 2014 is encouraging on this front. Cities have been putting forth efforts to make places worth caring about. “New Urbanist” planners and architects have become more mainstream, as has the idea of “places where you can live, work, and play.” More and more social science bolsters the idea that people aren’t ants. I just read a piece in the Stanford Social Innovation Review that suggested international aid nonprofits should actually listen to the locals before they try to fix them. And last week, I learned that even Starbucks is considering giving the go-ahead to redesign its coffee shops with more local flavor (hey, small wins).

There’s still a lot in the way, but I have hope that one day soon, I’ll walk up to a newly built church where I can tell what things are without a sign.

Brian Brown is an organizational growth consultant specializing in social strategies; meaning he helps people build their business, nonprofit, or campaign exponentially by capitalizing on human relationships and technology. He is the senior editor of Humane Pursuits. You can follow him on Twitter @BrianBrownSF.