Cruelty and Compassion in Nigeria 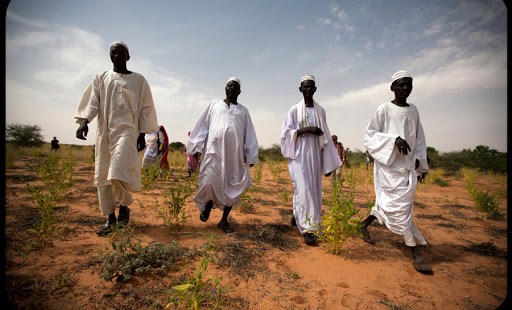 Disabled man recounts the razing of a minor seminary by extremists.

A disabled man from northern Nigeria has spoken of his horror as he was forced to watch extremists carry out a string of atrocities, including the killing of four men and arson attacks that razed a Catholic school to the ground.

Staff and students from St. Joseph’s Minor Seminary in the small community of Shuwa fled for their lives and hid in a nearby forest when suspected Boko Haram militants stormed into the village with an armored tank, rocket launchers, high caliber guns and more than a dozen jeeps.

Among those unable to escape was St. Joseph’s staff member Andrew (full name not given for security reasons). After being discovered by the militants, the disabled man was placed in his wheelchair and taken outside where he was forced to watch his home go up in flames.

Andrew was then wheeled to other parts of the seminary campus where arson attacks and other atrocities were carried out in front of him.

The chapel, priests’ house, classroom and other facilities were all attacked using high explosives and there was another attack at a nearby clinic run by Augustinian Sisters who managed to escape just in time.

Most traumatic of all for Andrew was being forced to witness the killing of four security guards who worked at the seminary.

Andrew’s story was told through a close personal friend, Father John Bakeni, who is very familiar with the seminary in Adamawa state.

Describing the atrocity, carried out last Wednesday (Feb. 26, 2014), Bakeni told international Catholic charity Aid to the Church in Need (ACN): “After the security men had been shot, Andrew was told he would be next.”

“However, the military commander said he wanted to consult with a spiritual leader and he came back and said that during Jihad cripples are to be spared. Andrew is convinced that this is what saved his life; otherwise he would have been killed.”

Bakeni explained that the extremists “interrogated” Andrew about his Christian faith and added that his religion had put him at direct risk of being killed.

The priest, who is from Maiduguri Diocese, where Shuwa is located, added, “Boko Haram have made it very clear in their clips that among those they are fighting are the Christians and the government.”

The priest said, “Of course Andrew was very frightened by what happened but he has shown enormous strength through all this.”

“What we need most of all,” said Bakeni, “is your prayers. The cycle of violence we are experiencing now shows every sign of getting worse.”

He went on to praise the quick thinking of the Sisters as well as the staff and students from St Joseph’s Seminary, Shuwa, who fled quickly. “They had a very narrow escape.”

The attack on the seminary was part of a wave of violence in which nearly 40 people died in three separate incidents in this region of north-east Nigeria.

As well as attacking the seminary in Shuwa, the militants targeted government, police and other security buildings, banks and people’s homes across the village and neighboring communities.

In a separate attack, 43 people, most of them students, were killed as they slept at a boarding school in Yobe state.

Diocesan officials have confirmed that 22 died while at Mass on the morning of Sunday, Jan. 26, 2014, when suspected militants armed with guns and explosives opened fire on parishioners at St Paul’s Catholic Church in Waga Chakawa, Madagali.

The attacks come amid growing concern about violence in the region which has continued even though last May President Goodluck Jonathan placed Adamawa, Yobe and Borno states under a state of emergency and installed a heightened security presence.

Courtesy of Aid to the Church in Need