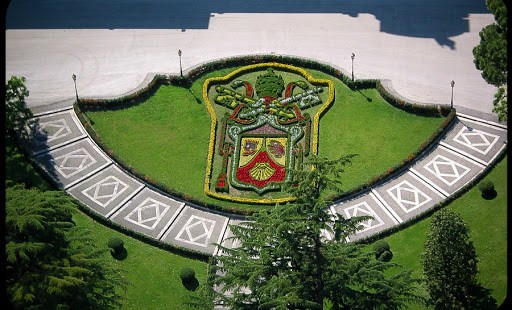 “The whole episode was tragically one-sided and short of appropriate context.”

“The whole episode was tragically one-sided and short of appropriate context,” he told CNA March 5.

He said that the Frontline episode discussed the scandals “mainly through the eyes of those who earn a living suing the Church or writing books about the hypocrisy of a small fraction of the Church’s leaders and ministers.”

It discussed sex abuse in the Catholic Church, sometimes with graphic descriptions from abuse victims. The episode also discussed financial scandals at the Vatican the as well as immoral behavior by priests who secretly engage in homosexual conduct. One particular focus was the Vatican’s handling of Father Marcial Maciel, the founder of the Legion of Christ who was exposed as leading a double life including sexual abuse and drug addiction.

Landry said that clergy sex abuse is a “very real and painful issue” where the Church has “acknowledged its errors, begged for forgiveness, cared for abuse survivors and committed to programs, policies and an environment to ensure it never, ever happens again.”

He pointed to Pope Francis’ March 5 interview with the Italian newspaper “Corriere della Sera,” in which the Pope noted that abuse cases have left “very deep wounds.”

The Frontline episode interviewed several figures who criticize Catholic doctrine and practice amid discussions of scandals. Among them is American attorney Jeff Anderson, who has filed many lawsuits against Catholic dioceses and religious orders.

In the documentary, Anderson repeated his claim that Cardinal Timothy Dolan of New York, in his previous position as Archbishop of Milwaukee, was “hiding” $57 million from sex abuse lawsuits by moving it from the archdiocese’s accounts to a perpetual care fund for cemeteries.

Cardinal Dolan has repeatedly rejected the claim, saying that the funds had been legally designated for the cemeteries. He recently addressed the issue again in a Feb. 18 post at his blog “The Gospel in the Digital Age.” He said the judge overseeing the case ruled that he had acted properly.

The Frontline documentary also interviewed Cardinal Cormac Murphy-O’Connor, the Archbishop emeritus of Westminster, as well as Cardinal Oscar Maradiaga of Tegucigalpa, Nicaragua, the head of Pope Francis’ advisory council of eight leading cardinals from around the world.

However, the cardinals spoke mainly about the resignation of Pope Benedict XVI and the election of Pope Francis. They engage with the scandals only in general terms.

Landry noted that there are more than 1 billion baptized Catholics in the world, with more than 5,000 bishops and 400,000 priests.

“It is a sad fact that a very small percentage of bishops, priests and lay Catholics fall short of their promises to God and to the Church. In any group, the Church included, some individuals will choose to do the wrong thing when they are expected to do the right thing,” he said.

“It’s not unfair that the Church is held to the highest standard of behavior, often higher than other organizations, because we are clear that we seek to follow Jesus Christ as the model for our actions,” he added. “However, no group should be defined only by the behaviors of those that failed to live up to its ideals.”

Landry suggested that a fair profile of the Catholic Church “should also be prepared to profile its saints,” those who do live up to “their promises and ideals.”

“There are many holy men and women that work in the Vatican and throughout the Church today but you would never get that sense from this show,” he said.