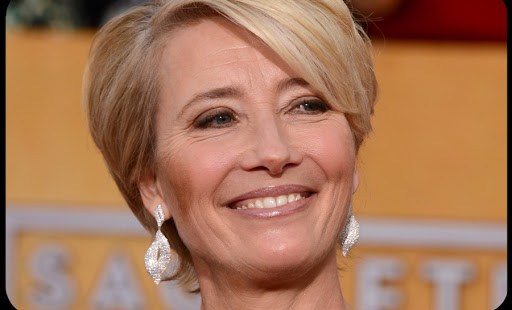 When Sweeney Todd first opened on Broadway in 1979, it was greeted with critical success — winning eight Tony awards, including Best Musical — but received somewhat cool responses from audiences who were skeptical of its macabre subject matter. In the three decades since then, the show has gone on to garner worldwide acclaim, climaxing with a 2007 film by the same name starring Johnny Depp in the title role. Somehow, this show about obsession, greed, justice — and in a strange sort of way, love — has managed to thrill our hearts over time, and rightfully, haunt our souls.

The show’s opening lines reveal the essence of the plot: “Attend the tale of Sweeney Todd… he shaved the faces of gentlemen, who never thereafter were heard of again.” Sweeney has just returned to London after serving an unjust prison sentence at the hands of the local Judge Turpin, who had him wrongfully convicted in order to seduce Sweeney’s wife. Sweeney is back to exact revenge, only to find out from his friend and former landlady, Mrs. Lovett, that his wife eventually overdosed and that the judge has kept Johanna — the child of Sweeney and his wife — under lock and key, raising her as his own daughter.

Sweeney, a former barber, is convinced by Mrs. Lovett to once more set up shop above her pie shop on Fleet Street as a sort of ground zero for operation revenge. All goes according to plan until Adolfo Pirelli, a local (faux) Italian barber, comes to confront Sweeney and let him know that he’s aware of Sweeney’s past. In haste to silence the man, Sweeney slits his throat — the first of many murders that we witness at the expense of Sweeney’s razor.

But what to do with the body? Well, Mrs. Lovett’s meat pie shop isn’t faring so well (Times are hard! Meat is expensive!) and the two of them strike up a bargain. Sweeney slits the throats of his clients, and Mrs. Lovett turns them into meat pies. Voilà! An enterprise is born.

This current production is one of the most anticipated of the theatre season, combining some of the biggest names of the stage and the screen with the talent of the fifty-two members of the New York Philharmonic under the direction of Lonny Price and conducted by Alan Gilbert, music director of the NY Philharmonic. With a score by the great Stephen Sondheim, Sweeney Todd boasts some of the most impressive, most stirring music that can rival almost any show.

In the title role of Sweeney is Bryn Terfel, a world-renowned bass-baritone opera singer, who offers a devilishly good performance. While Terfel’s lower range doesn’t allow him to master the higher notes in the show’s score, his sinister acting abilities and towering presence leaves no doubt that this Sweeney is one to be reckoned with.

Hollywood screen star Emma Thompson proves that she’s a master chameleon as the zany Mrs. Lovett. While she lacks the vocal chops as former iconic Mrs. Lovett’s, such as Angela Lansbury and Patti LuPone, her comedic flair paired with her graceful beauty allows her to explore new layers of one of musical theatre’s greatest female roles.

Also of note in this production is Tony Award winner Christian Borle as Pirelli and rising star Jay Armstrong Johnson as Anthony, the younger sailorman in love with Johanna. While Sondheim shows are generally known for his legendary female characters, these men remind us that Sweeney’s male characters are not to be underestimated.

In the end, Sweeney Todd is part nightmare, part morality play. “To seek revenge may lead to hell, but everyone does, and seldom as well… as Sweeney Todd.” Like all the great tragedies, be it Shakespeare’s Lear or Fitzgerald’s Gatsby, we lament their demise while at the same time being impressed by the talent. Sweeney’s quest for justice is one most us sympathize with. While his madness may ravage his soul, it manages to evidence what’s human in ours. And it’s a bloody good time, at that.

Sweeney Todd is playing a limited engagement at the New York Philharmonic through March 8, 2014 and will then be broadcast throughout the United States as part of the Live from Lincoln Center series. Music and lyrics by Stephen Sondheim, book by Hugh Wheeler. Directed by Lonny Price and conducted by Alan Gilbert. Starring Bryn Terfel and Emma Thompson.