My Thing with Owls

A meditation on divine providence.

So I’ve had this . . . problem. For the last six months, I’ve seen about 5+ owls per day in the form of graphics, illustrations, stuffed animals, real owls, and more. I know owls are having a moment in our culture right now (my husband sent me this article about it), but they’ve had a particularly deep significance for me. It started in the early fall last year when my husband first started to apply for jobs which would launch his career after this his final year of grad school. Whenever I’m on the cusp of some major life change, I start to look for signs of God’s Will so that I know which way to go. The reason I do this is because is it what I became accustomed to in my new life which began after my reversion in 2003. It felt like a personal bargain that God and I had struck when I committed myself to His service: I’ll work for You if You make things easy and peaceful and fun. Deal. So for the first decade of my life of faith, God was always raining consolations upon me. I have dozens of stories of His Providence arriving clearly and boldly just in the nick of time. If I wrote them all down, you would surely say it was all made up (I shared one of them in the epilogue of my Groundhog Day post). I felt very blessed to have God so clearly on my team at all times.

Thus, when I started noticing owl paraphernalia everywhere, I immediately tried to figure out what it meant. One day when I took my kids to the zoo, my 4-year-old decided that he wanted to see the owl first and I was surprised because the thing has never, ever been awake in the hundred or so times we’ve gone to that zoo. "Yeeeeeah, owls are nocTURnal," my son would explain to the disappointed on-looking children who were hooting at it to try to wake it up. But this time, we went straight to the owl and its eyes were wide open, staring at me. I was so struck by this that I got as close as I’ll ever get to the Inferno‘s circle of diviners and leaned in to ask the owl, "What do you want? What am I to do?" That was pretty confusing to my kids, as you can imagine. It didn’t talk to me, but when I was home that evening doing a little research on the universities to which my husband had applied I discovered that the mascot of one of the places is an owl. All at once I was convinced that that is where we are going and that God is trying to prepare me in His gentle and weird way because—wow—I really don’t want to go there.

Let me give you a little taste of what this time has been like with a synopsis of one day-in-the-life-of-a-crazy-person: I woke up in the morning and went to the kitchen to prepare the baby’s oatmeal and applesauce and pulled out a jar with this on it: 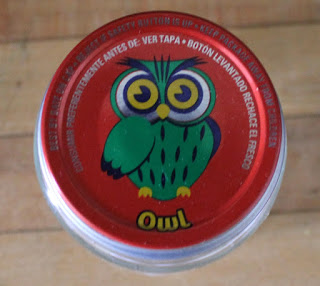 Then, I found the Winnie-the-Pooh book open on the floor of the nursery with this page open:

Next, I drove my son to school and the back of the car in front of me had this decal:

Then I took the baby for his well-check at the pediatrician and the bin of stickers at reception is filled with hundreds of Sponge Bob and Scooby Doo stickers which are facing down and the one sticker on top facing up is this: 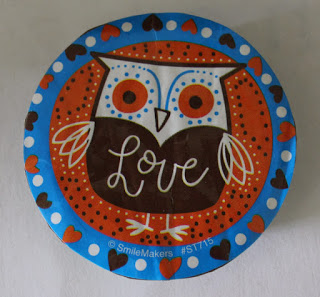 Went home, put the baby down for his nap, and the thing at the very top of my Facebook feed was this: 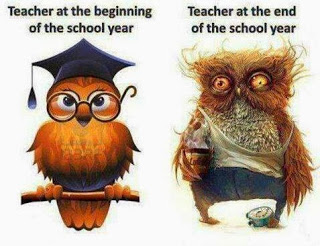 I pick up my son from school and he shows me that the only art work he did all day was this: 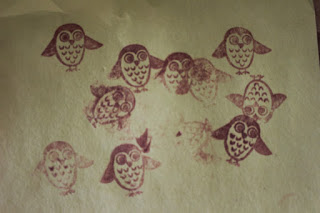 Finally I went out in the evening to meet a friend at Barnes and Noble and adjacent to her head was this: 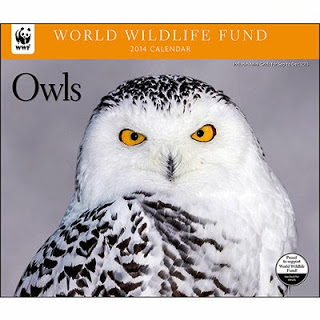 All in just one day, people. Wouldn’t you be freaking out?! It got to the point where I needed some form of spiritual direction for this thing. A friend of mine who is much like a mentor to me found the whole conspiracy really odd and told me, "You’ve got to mortify that. Next time you see an owl, you tell yourself, ‘That is just an owl. Nothing more.’" I recalled a talk that she had given about a year earlier in which she said something so important that I rummaged through my purse in order to write it down on a receipt: "If you have to see the Will of God to be able to do it, you’re going to get stuck." This had been a new step in my understanding of what faith really is: believing without seeing.