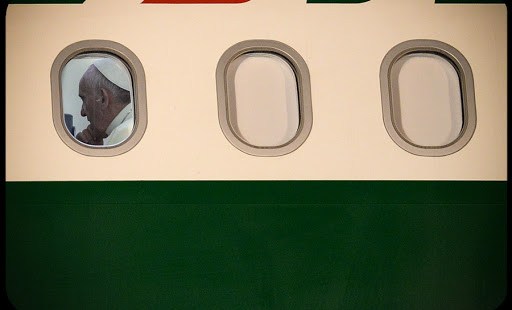 Pope expected to attend the World Meeting of Families.

Archbishop Charles Chaput of Philadelphia has said he has “great confidence” that Pope Francis will attend the World Meeting of Families, to be held in the city in September 2015.

The archbishop said March 7 a Pennsylvania delegation will visit the Vatican and meet with Pope Francis to share the “great excitement and momentum” surrounding the Eighth World Meeting of Families, to be held Sept. 22-27 of next year.

He said that if Pope Francis decides to attend, the Pope will not announce his decision “before he is ready.”

The archbishop told a news conference that the inclusion of governor Tom Corbett and Philadelphia mayor Michael Nutter in the leadership delegation is an effort to show Pope Francis the local enthusiasm for the event.

Both Corbett and Nutter addressed the news conference. Corbett said he plans to extend to the Pope “a warm, vigorous, and hopefully very persuasive invitation to visit our state next year.” He added that “a lot of praying” will be involved to convince the Pope to come to Philadelphia.

Mayor Nutter said the delegation aims to use “every possible mode of persuasion” to encourage Pope Francis to visit. The two suggested they may try to work with president Barack Obama to h coax Pope Francis to attend the meeting; Obama will meet with the Pope March 27.

The delegation will have a private meeting with the Pope during its visit to Rome March 22-27, and will attend planning meetings and preparatory events.

The Eighth World Meeting of Families, hosted by the Archdiocese of Philadelphia, aims to support and strengthen families around the world. It was begun in 1994 by Bl. John Paul II, and takes place every three years. The previous event, held in 2012 in Milan, drew more than 1 million persons from 153 nations for Mass with Benedict XVI.

Archbishop Chaput said he believes that the event has the power to “transform in deeply positive ways” both the Catholic Church and the “entire community.”

“I think that people from all backgrounds will be happy, and they certainly will be welcome.”

The March delegation’s activities in Rome will include a reception at Villa Richardson, home of U.S. Ambassador to the Holy See Kenneth Hackett. The delegation will meet with representatives of the Pontifical Council for the Family to discuss logistics and timelines. There will be a news conference with Archbishop Vincenzo Paglia, the pontifical council’s president, to announce the theme of the World Meeting of Families.

Archbishop Chaput voiced gratitude to the civic and business leaders and philanthropists who are helping with the event.

Robert J. Ciaruffoli, CEO of ParenteBeard, is president of the World Meeting of Families 2015. The event has established an executive leadership cabinet to reach out to the corporate and philanthropic communities. This cabinet includes Comcast chairman Brian Roberts, Aramark chairman of the board Joseph Neubauer, Comcast executive vice president David Cohen, Independence Blue Cross president Daniel Hilferty, and philanthropist James Maguire, Sr. of the Maguire Foundation.

Ciaruffoli, Hifferty, Neubauer and Maguire will join Corbett and Nutter as part of the Philadelphia delegation to the Vatican.

Some 10,000-15,000 people will attend the World Meeting of Families itself, though other activities are planned to coincide with the event. The event has raised about $5 million, but needs “considerably more” to succeed, especially if Pope Francis visits.

Archbishop Chaput said he hopes that if any excess funds are raised, they will be given to the poor.