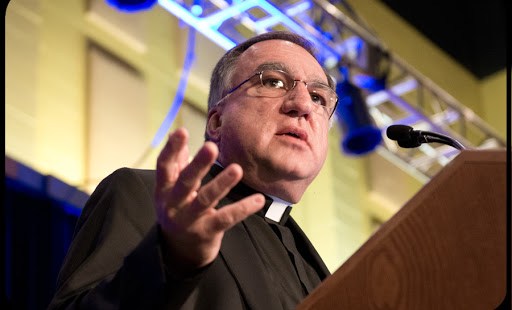 A priest connected with the Vatican press office addressed Pope Francis' recent words on civil unions in an interview, noting that his comments were general and did not imply a change in Church doctrine.

“There have been numerous questions, calls and messages throughout the day today regarding Pope Francis' recent interview in the Italian daily newspaper, Corriere della Sera, particularly referring to the section on marriage and civil unions,” Father Thomas Rosica said in his March 5 email.

Fr. Rosica, C.S.B., who serves as the English language assistant to Holy See Press Office, observed that “Some journalists have interpreted the Pope's words…to reflect an openness on the part of the Church to civil unions. Others have interpreted his words to be addressing the question of same-sex marriage.”

Giving the original Italian version of the pontiff's words on civil unions, Fr. Rosica provided his own personal translation, highlighting the importance of understanding that “'civil unions'” in Italy refer to people who are married by the state, outside of a religious context.”

Addressing questions from some journalists who have asked whether or not the comments were made in reference to gay civil unions, the priest emphasized that “The Pope did not choose to enter into debates about the delicate matter of gay civil unions.”

“In his response to the interviewer, he emphasized the natural characteristic of marriage between one man and one woman, and on the other hand, he also spoke about the obligation of the state to fulfill its responsibilities towards its citizens.”

By giving this response “Pope Francis spoke in very general terms, and did not specifically refer to same-sex marriage as a civil union,” he explained.

“Pope Francis simply stated the issues and did not interfere with positions held by Episcopal Conferences in various countries dealing with the question of civil unions and same sex marriage,” the priest continued.

“We should not try to read more into the Pope’s words that what has been stated in very general terms.”