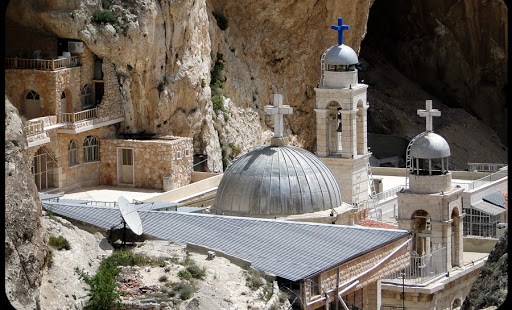 The kidnappers have been identified as militants from the Nusra Front, al Qaeda’s affiliate in Syria. Lebanese state media reported that the women had been taken to the town of Judaydat Yabus on the Syrian-Lebanon border and were now on their way to Damascus by minibus.

The nun’s drama started when they were kidnapped after the militants took the ancient quarter of the Christian town of Maaloula north of Damascus in Syria. They were seized from the Greek Orthodox monastery of Mar Thecla and then were reportedly taken to the rebel-held town of Yabroud, towards the north, which is now the focus of a government military operation. The nuns, who are believed to be mostly Syrian and Lebanese, reportedly worked in the convent’s orphanage.

Speaking to the Associated Press, the Mother Superior, Pelagia Sayaf of the Maaloula convent, said "God did not leave us."

According to rights groups kidnappings by both rebel groups and government forces have become increasingly common. More than 100,000 people have died and 9.5 million people displaced since the uprising against President Bashar al-Assad began three years ago.