How Many Divisions Does the Pope Have in Crimea? 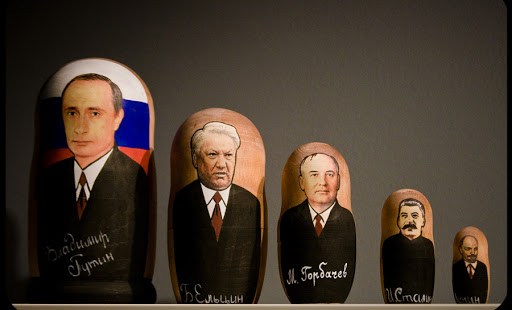 The great conflicts of the 20th century are in the past, but that doesn’t mean they couldn’t happen again.

As Putin’s Russia tightens its grip on Crimea, the historic parallels with 1938-39 are hard to miss. A nation, feeling itself humiliated seeks to restore its rightful standing among great states. The Russian president regrets the loss of the Soviet empire. Recognizing all those who speak its language as its own, the country moves to incorporate their lands into its own—back then the Anschluss of Austria into the Third Reich and the seizure of the Sudetenland and today the claim that Russia is the protector of Russian-speakers, even in Ukraine. Crimea has been seized, but will there be another? Perhaps more of Ukraine…or the Baltic States, whose populations are now significantly ethnic Russian (thanks to Stalin’s population resettlements)? Will the old Yugoslavia remain stable? Russia has never been able to abide a strong, free, and prosperous Poland. Can it do so now?

To be sure, the world is not now on the brink of war. But… neither was it one-hundred years ago. And in August 1914 the unimaginable occurred. Our own President is moving decisively, and our European allies recognize the seriousness of the Crimean problem. Perhaps things can be worked out, even if Ukraine’s territorial integrity may not be restored. In fact, as many are coming to realize, there is precious little that the international community can do to undo what Russia has done.

I propose, therefore that it is only right that we take matters into our own hands. In 1935 Josef Stalin famously asked, “The Pope? How many divisions has he got?” As George Weigel observed, after John Paul II’s visit to Poland in 1979, he got his answer. It is now time for us to learn the lesson again.

In his memorable Pentecost Eve homily in Warsaw on June 2, 1979, the Pontiff, a “son of Poland” gave the Polish people back their history, reminding them of their nation’s Christian roots dating back more than a millennium and of the recent 900th anniversary of the martyrdom of St. Stanislaus. He reminded them of the relationship between “this great thousand-year-old community” and Christ. He also recalled an event that Poland’s Russian overseers had official erased from their history, the heroic Warsaw Uprising against the Nazi occupation in August 1944. John Paul II recalled to Poles the truth about themselves.

Ukraine has her history, too. In 988 under Vladimir the Great the Kievan Rus’ were baptized, giving birth to a spiritual reality that eventually found expression in Ukraine, Russia, and Belarus. The Russians and Ukrainians are brothers and sisters. Singularly and together they owe their history to their relationship with Christ. To be sure, Stalin did not accept this, but Solzhenitsyn did. Putin claims to. Ukraine itself is an amalgamation of ethnically and linguistically Russian and Ukrainian people. They are a fractious people, but they are also one people. And in the final analysis, it is up to them to realize and reclaim their unity. The danger—the very real and present danger—is that they will be united not as two nations under the cross, but as one state under the Russian flag.

What must we do? We should pray. In fact, as our leaders count up their available military and economic resources, I propose that we take up ours. In 1945 at war’s end, Austria found itself largely occupied by the Red Army. The Church took up their rosaries in a concerted, nationwide campaign, and prayed that Austria be left free. And in 1955 Soviet troops left. Austria was the only nation in Central Europe that the Red Army left voluntarily. We too should pray.

We should believe the truth. The truth is that Ukraine—and Russia for that matter—belongs to Christ just as Poland belongs to Christ. Obama and Merkel and Cameron must do what they can (or feel they can) but they are not the principal players. Prime Minister Tusk of Poland is not a principal player. Christ is the principal player. Pope John Paul II dreamed of a Europe that could breathe with both lungs. For the East to be crushed again under a thug’s heel will not help. (Admittedly, the West is also wheezing with its self-inflicted asthma!)

Peace was not guaranteed with the end of World War II. Freedom was not assured by the fall of the Berlin Wall. The horrors of 1914 can repeat in August 2014. We have an urgent responsibility to pray now and to uphold the truth about who we are and what God wants of and for us.

Adrian Reimers has a D. Phil from the Internationale Akademie für Philosophie in Liechtenstein and teaches philosophy and theology at the University of Notre Dame.