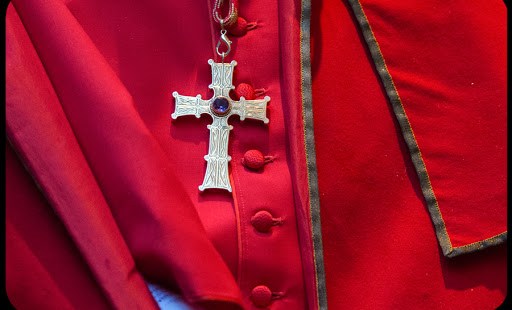 Can they clean up the mess?

The Pope has announced the names of eight cardinals and seven lay experts from around the world chosen to serve in the newly-created Vatican Council for the Economy.

“The members appointed to the Council are from various geographical areas, reflecting, as requested by the motu proprio Fidelis dispensator et prudens, the universality of the Church,” explained Fr. Federico Lombardi, S.J, director of Holy See’s Press office, in a statement released on March 8.

The Council for the Economy, headed by Cardinal George Pell, was created by Pope Francis Feb. 24 in order to provide oversight, evaluation, and advice on Vatican economic affairs: its membership includes representation from Europe, Asia, and North and South America in addition to Australia.

Cardinal Reinhard Marx, Archbishop of Munich and Freising, Germany, has been chosen as the Coordinator of the Council for the Economy. Along with Cardinal Pell, he also serves on the council of eight cardinals set up by Pope Francis in 2013 to offer consideration and advice on the governing structures of the Church and possible reforms of the curia.

Cardinal Daniel DiNardo, who has served as the Archbishop of Galveston-Houston since 2006, was the only American to be appointed to the Council.

Today's press release explained, “Cardinals Cipriani Thorne, Napier, Rivera Carrera, Hong Ton, and Vallini, along with Cardinal Pell, new Prefect of the Secretariat for the Economy, were previously all members of the Council for the Study of Organizational and Economic Problems of the Holy See (Council of 15), which has ceased to exist.”

The council’s lay membership includes experts in financial matters from various parts of the globe, including Europe, Canada, and Singapore.

Fr. Lombardi described the new council’s constitution as “ a key step towards the consolidation of the current management structures of the Holy See, with the aim of improving coordination and oversight of economic and administrative matters.”

The first meeting for the council is scheduled for May, although prepatory work will begin immediately.The Pope has announced the names of eight cardinals and seven lay experts from around the world chosen to serve in the newly-created Vatican Council for the Economy.