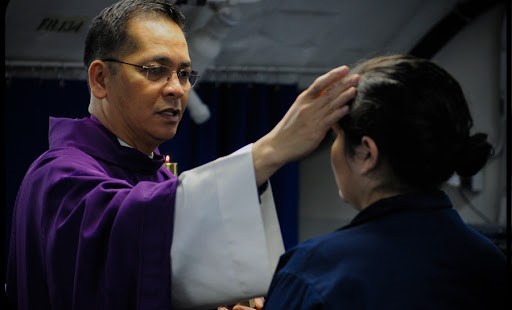 Politicians advocate for protection of religious practices in the military.

A U.S. senator and a congressman have urged the Secretary of Defense to reissue military rules to strengthen religious freedom protections for military service members who fear reprisals for their beliefs.

“We share deep concerns about an evolving military environment increasingly hostile to religious practices, one in which service members fear that expressing their religious beliefs would be ground for disciplinary action or hinder career advancement,” U.S. Sen. Mike Lee (R-Utah) and U.S. Rep. John Fleming (R-La.) said in a March 4 letter to Secretary of Defense Chuck Hagel.

“This proclivity to marginalize religious liberties in the military can have a pronounced negative effect on morale and cohesiveness, and undermine recruitment and retention efforts.”

The senator and the congressman noted that the National Defense Authorization Act for fiscal year 2014 has language that strengthens military personnel’s religious freedom protections.

The provisions in the authorization act require accommodations for expressions of conscience, moral principles or religious beliefs. The provision requires the Secretary of Defense to consult the endorsing agencies of military chaplains when deciding on the implementation of regulations.

Sen. Lee and Rep. Fleming criticized Department of Defense instructions released on Jan. 22 as “incomplete and poorly crafted.” They said the instructions focus “narrowly” on religious accommodation for specific clothing or jewelry and fail to address “the issue of censorship of religious speech and fear of reprisal for expressing one’s beliefs.” The instruction also forces military commanders to act contrary to the existing Religious Freedom Restoration Act, they said.

They said faith and religious beliefs have “paramount importance” for many in military service and are “as necessary to their well-being as their families and patriotism.”

The letter drew praise from the Chaplain Alliance for Religious Liberty, a group of Protestant Christian organizations and ministries that provide a total of 2,600 chaplains for the U.S. military.

“No American, especially those who defend our liberties, should be denied their God given, constitutionally protected religious liberties,” Chaplain Ron Crews, a retired Army Reserve colonel, said March 10.

He said clear guidance is necessary so that service members are “allowed to speak about issues of faith without fear of recrimination.”

“We continue to receive reports of chaplains and other service members being challenged and in some cases disciplined for speaking out about their faith,” Crews said.

He said one chaplain was told to provide his sermon and notes to a supervisory chaplain because it had been deemed controversial. When the chaplain’s endorsing group became involved, the request was withdrawn.

In Jan. 28 testimony before the House Armed Services Committee, the Chaplain Alliance cited several instances of career repercussions or intimidating behavior against enlisted service members and against chaplains who had expressed their views on homosexuality and “gay marriage.”