Pope Francis and the Media, Round 1: Who Won? 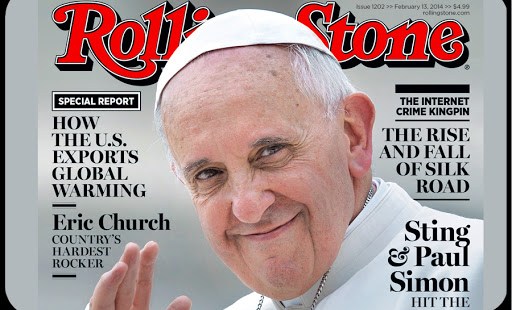 If the media substitute the “spirit” of Pope Francis for what he actually says, they have won by default.

One wonders, in retrospect, whether the cardinals who elected Jorge Bergoglio to be Pope following the resignation of Benedict XVI are content with their choice. Actually, once the deed is done, what they now think of their choice makes little difference. Like the number of sands in the ocean, this knowledge of what they think will probably never be known with complete clarity. Many bishops and cardinals were said to want a “pastoral” pope, not an intellectual one. They got one. Of course, in John Paul II we certainly had both an intellectual and a pastoral pope. Benedict was simply the best mind in our time, and much more pastoral than he was given credit for.

The Argentine Pope wants to know and touch everyone. He is impatient with bureaucrats, clerical and otherwise. He prefers buses and bicycles. He likes to live in community of some sort. He has made waves, no doubt of it. As far as I can tell, Pope Francis enjoys being Pope. One of the Renaissance popes is said to have remarked to his brother: “God has given us the papacy; let us enjoy it.” There is something of this bemused spirit in Pope Francis. He shows few signs of sadness or being burdened by the weight of the office. I believe he said in a recent interview that he has no trouble going to sleep at night.

The witticism goes around that the next Pope will be a Franciscan who will take the name “Ignatius.” Obviously, Pope Francis constantly talks of poverty. At first, he did not seem to have a clue about what causes poverty or the solutions to it. But in spite of what he says of capitalism, he seems to understand the need of work, market, innovation, and a going economy as the real solution to poverty problems.

In some ways, Pope Francis talks like an impatient utopian. He criticizes world leaders for not having solved everything yesterday. He wants solutions to poverty now. Actually, the number of people in the world who have worked their way out of poverty in recent decades is rather astonishing. The Pope seems to be aware of this, but he still appears to underestimate the issues of sin, greed, and corruption that are everywhere the major causes, these and forms of government that are often lauded as solutions.

As far as I can judge, the most serious problem that the Pope faces is one of public relations. It is of his own making: from the very beginning he has made public remarks, off-hand and on-hand, about compassion or kindness that make it seem that he is about to change basic Catholic doctrine on issues of marriage, abortion, divorce, and homosexuality—the precise areas that need most support from him. The effect of these widely, almost gleefully, cited remarks has been to create a large following of people who are sure such changes will soon take place. Whether the Pope notices it or not, the fact is that, when he states, usually in some obscure venue, his adherence to orthodox positions, he is never reported in the world media.

The media understand that they influence by image and repetition. Everything the Pope says that can be interpreted in terms of accepting these aberrations is broadcast around the world. Everything he says to deny this view goes largely unreported. Whether the Pope realizes that he is being manipulated here I would not venture to say.

But this creating of a Pope Francis “spirit” of radical change is what much of the media is up to. If they can substitute the “spirit” of Pope Francis for what he actually says, they have won by default. If the Pope then says anything “orthodox,” he will be accused of going back on his own promises. He will appear to be a befuddled hypocrite in the world media.