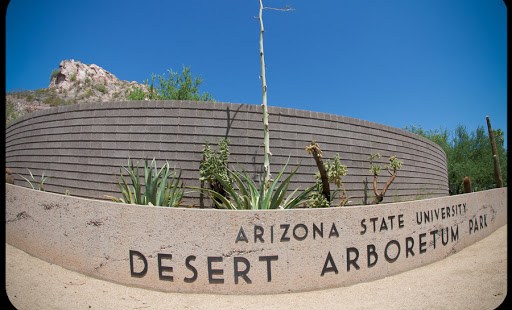 Arizona State University's partnership with a Catholic college providing theology courses to students won praise from scholar Father Robert Spitzer as “an experiment in the logic of complementarity.”

The Jesuit priest served as president of Washington state's Gonzaga University for more than ten years. He now heads the Magis Center of Reason and Faith in Irvine, Calif., which explores religious faith's relationship to physics and philosophy.

Fr. Spitzer said the partnership between Arizona State and North Dakota's University of Mary breaks down an older model that created an “artificial separation” between the public university and religious studies that could come from within a specific church.

“I don't really see any drawbacks. But I do see that every Catholic student at Arizona State can benefit tremendously from it,” he said.

In March 2012, the two universities announced a partnership allowing Arizona State University students to take University of Mary classes in Catholic studies and Catholic theology through Arizona State's Newman Center, which is located across the street from the Tempe, Ariz. campus.

Around 25 percent of the population is Catholic in Arizona.

Arizona State, which enrolled over 76,000 undergraduate and graduate students in 2013, offers various classes in religious studies, Jewish studies and Chicano studies but no theology courses.

The University of Mary, based in Bismarck, has about 3,100 students at its home campus.

Arizona State students who take the Catholic-focused courses pay tuition to the University of Mary. Class credit for many of the courses will transfer to Arizona State. The courses are open to non-ASU students and all students regardless of religion.

Coursework includes the study of Christology, church history, the Bible, faith and justice, Catholic church architecture, and the role of St. Benedict and Benedictine monasticism. Other courses examine the search for happiness, the interaction between faith and reason, and the Catholic perspective on sexual difference.

Fr. Spitzer said that theological studies have much to offer the university, citing Cardinal John Henry Newman’s seminal work “The Idea of the University.”

He noted that a transcendent perspective based in a sense of the human being's “eternal dignity” and “eternal destiny” is something that “transforms your whole way of looking at the human person.” This perspective helps counter “fundamental errors” that are “very reductionistic” and tend to underestimate human dignity.

“When you start viewing the human being as mystery instead of problem, as transcendent in worth instead of immanent in worth… only good can come from this,” he said. “It’s always better to overestimate human worth and dignity than to underestimate it.”

“Already these kinds of intersections between science and spirituality are taking place at mainstream educational campuses,” he said. These intersections of dialogue between physics, neuroscience and religious studies are attempting to examine “the mystery of human consciousness” and its seeming irreducibility to computer models or animal consciousness.

He noted a conference on consciousness recently took place at the University of California-Berkeley. While most of the attendees were experts in neuroscience, artificial intelligence, or physics, some were experts in religious studies who are “interested in looking at how spirit can be linked to matter through quantum theory.”

“Religion has a role, a legitimate academic role, in the dialogue,” Fr. Spitzer said.

He acknowledged that partnerships between public and Catholic universities must have “clear lines” separating taxpayer money and support. He stressed that course offerings must be of high academic quality and must follow proper methodology.

“You want it to be academically respectable,” he said. The partnership between a public university and a Catholic university is “an acknowledgment that religious studies can be complementary.”

These partnerships help students who want such courses to be “more completed in their education,” he added. He voiced hope that anyone who wants to take a religion course can do so through partnerships with other Christian churches and other religious universities.

“If somebody from Hebrew University wants to teach some courses at Arizona State University that have academic legitimacy, good for them!” Fr. Spitzer said.

He said a complementary approach to education has “always taken culture to far, far, far greater heights than the logic of exclusion.”

The Arizona State-University of Mary partnership followed the release of Arizona State president Michael Crow’s strategic plan that aims to create a university that is “deeply engaged in the immediate needs of the people of the community.” Crow’s openness to partnering with all interested parties prompted the University of Mary's president Fr. James Shea to inquire about cooperation, Fr. Shea told CNA in February 2012.