Bishop Hopes to Create New Home for Catholics in Arabia 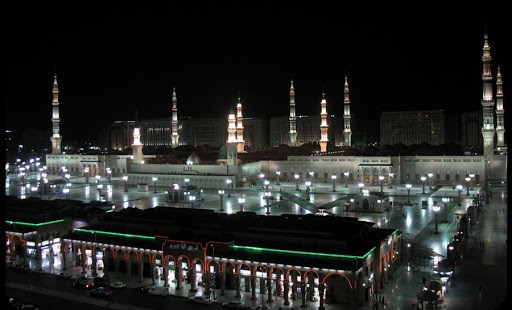 Bishop Ballin plans to construct a cathedral in Bahrain.

Catholics in the Arabian peninsula look forward to building a new cathedral in Bahrain, creating a permanent home for the Church and a place to help support Catholics coming to the region.

“Our mission is to form a better society, to witness with our love that God loves all,” said Bishop Camillo Ballin, Vicar Apostolic of Northern Arabia, in a March 13 interview with CNA.

The Northern Arabia vicariate apostolic serves Catholics in Bahrain, Kuwait, Qatar, and Saudi Arabia. It was recently given permission to build a cathedral, named Our Lady of Arabia, on land donated by Bahrain’s king, Hamad bin Isa Al Khalifah.

The vicariate remains in need of $30 million by 2016 to complete the cathedral, however, as well as other auxiliary buildings for housing visiting priests and the bishop, a catechist training center, and multipurpose halls. The cathedral is projected to accommodate some 2,600.

The episcopal seat of the vicariate — an ecclesiastical jurisdiction within the Church where there is no fully organized hierarchy — is located in Bahrain. The cathedral will oversee the territories 10 parishes and more than 100 underground communities.

Mass is often said at a foreign embassy or a private home, as there are few churches permitted in the region.

In order to respect the laws of the Islamic countries under which the vicariate operates, it does not try to gain converts but instead focuses on religious freedom and ministering to the approximately 2.5 million Catholics in the region, many of whom are migrant workers.

Workers, Bishop Ballin said, are "coming from many countries," including neighboring Arabic countries, India, Pakistan, Sri Lanka, the Philippines, and elsewhere, and "the number is always growing."

Currently, approximately 2.5 million Catholics live within the Vicariate Apostolic of Northern Arabia. The vicariate has 50 priests, all of whom speak more than one language. On Sundays, Mass is offered in 5 rites and 13 languages.

The vicariate plays a crucial role for migrant workers, Bishop Ballin said, by helping "them to remain faithful to the faith” through Masses, sacraments, Eucharistic Adoration, Bible studies, and prayer groups.

However, the vicariate’s "mission is not only spiritual, but also to give them human company," said Bishop Ballin.

He explained that when coming to the Arabian Peninsula, "many people have difficulties" in their daily lives, especially since many come alone, leaving their family in their home country.

"A challenge for all is the Arabic language," the bishop said, explaining that mastering the language takes years of study, and migrant workers picking up the language only through hearing face challenges and social missteps due to their mistakes.

"In the Gulf in general, there are no laws to protect the worker," he explained, saying that often they can be fired for any reason, and without warning.

"We need laws that protect the worker," he stressed, adding that the "presence of these workers" plays a crucial role in the functioning of society. One thing the Church can do to help is to explain the role workers play in helping the country to "go forth" and advance, the bishop said.

Bishop Ballin added that Catholics in the region "help our country with its needs,"  and having a more visible center for the Church in Northern Arabia will help the Church to "collaborate for the good of the country."

Bishop Ballin hoped that the faithful would turn to Mary for her assistance, because  "she knows where the benefactors are," particularly because the new cathedral will be dedicated to Our Lady of Arabia. He asked that supporters would "pray for us and our spiritual life and that the Virgin Mary would send benefactors."