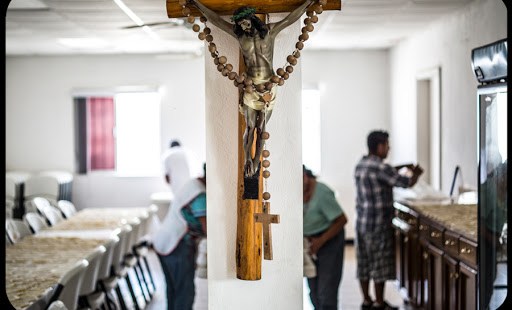 “Certainly we need to have a more humane deportation policy.”

President Barack Obama’s recent action on immigration may indicate a move towards a better approach to immigration, a policy expert for the U.S. bishops’ conference says.

“Certainly we need to have a more humane deportation policy,” Kevin Appleby, director of the U.S. bishops’ Office of Migration Policy and Public Affairs, told CNA March 18. “We need to reform the system.”

Appleby said that while some changes require that the government “reform the system from Congress,” there are “a lot of things the president can do within his authority” by working within existing laws.

The renewed focus on deportations of undocumented workers, a process that often separates family members from one another, stems from recent statements from the White House.

The White House said in a March 13 statement that President Obama recently met with Homeland Security Secretary Jeh Johnson and Latino lawmakers. After the meeting, the president said that he has asked Johnson to “do an inventory of the department’s current practices to see how it can conduct enforcement more humanely within the confines of the law.”

“The president emphasized his deep concern about the pain too many families feel from the separation that comes from our broken immigration system,” White House press secretary Jay Carney said March 13.

Appleby said he hoped that the president would examine the U.S. government’s detention policy. The president could set criteria for whom he “would defer their deportation,” such as those with undocumented children who grow up in the United States.

These children are now given conditional protection from deportation under the DREAM act.

While the president wouldn’t “be able to give people legal status,” Appleby said, “there are other kinds of deportation tools that he doesn’t have to use as much.”

He also suggested that the president “limit deportation and focus on criminals” rather than on law-abiding people working in the United States.

With comprehensive changes, Appleby added, the immigration system should be recalibrated “so that families are reunited more expeditiously, and those who want to come and work–and we need their work–can come safely.”

Appleby said that Catholics in particular are sensitive to the issue of immigration.

“Polls show Catholics are more attuned to this issue than other faiths.”

“First of all we’re an immigrant Church, we grew with the waves of immigration,” he said, adding that because Catholics “serve immigrants in our programs our parishes, our hospitals, our schools,” the Church has a “firsthand knowledge of the broken immigration system.”

Because of the Church’s work across the globe, it also understands "why people are coming and what they’re doing to get here.” The reasons why people feel they have to leave their home countries and the steps they take to relocate would “break your heart,” he said.

Most importantly, though, Appleby said, the Catholic faith has a respect for the humanity of immigrants.

“Christ himself was a refugee,” he said, “a man who had no place to lay his head.” The immigration issue, he added, is “part of our DNA.”