The Sound of Restless Hope 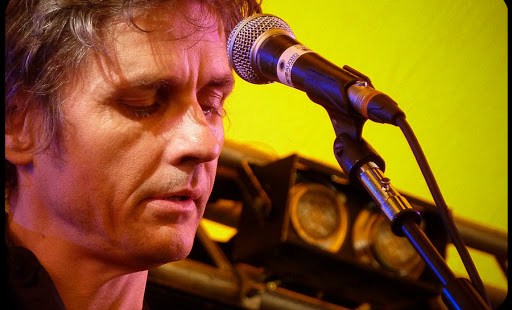 Does Dean Wareham pull off his self-titled album?

"Now that we’re here, I’m ready to leave this whole wide world behind," Dean Wareham wistfully sings on "The Dancer Disappears," the first track of his recently-released, self-titled solo album. After 25 years of fronting Galaxie 500 and Luna, as well as collaborating with his wife and Luna bandmate Britta Phillips as Dean & Britta, Wareham has supplemented his extensive catalog with this debut as a solo act. Fans who have followed his long career and who wonder what to expect will find here an album that is both familiar and yet fresh.

The familiarity comes from Dean Wareham’s ability to juxtapose bright, melodic music with lyrics that express a restlessness with the present and a desire for a better tomorrow and a better place. Listeners will feel right at home from the opener, "The Dancer Disappears," with its bright guitar figures, upbeat mood and nostalgic lyrics, which are all reminiscent of Luna’s signature sound. From there, you can recline into the mellow and remarkable "Beat the Devil," in which his lyrical talents bring forth the provocative line "they made a desolation, but they call it inner peace." His lyrical use of allusion and wordplay are on full display in "Love Is Not A Roof Against the Rain" (derived from a sonnet by Edna St. Vincent Millay) and "Holding Pattern" (with its litany of 1980’s bands "Kansas, Boston, Toto, Journey" contrasted with a football score "San Diego over Denver 17 to 6").  The album closes with the layered and gorgeously melodic "Happy & Free," with a refrain ("happy and free, for a while") that encapsulates the restless hopefulness found throughout the album and throughout so much of Dean Wareham’s work over the years.

The presence of Britta Phillips on bass and backing vocals and Dean & Britta drummer Anthony LaMarca provide familiarity and continuity with earlier projects, while the collaboration with producer and guitarist Jim James helps to create the freshness and a new dimension not heard in Wareham’s other work, including even his "Emancipated Hearts" solo EP released in autumn of 2013. James adds layers of texture onto the solid foundation of Wareham’s melodies and lyrics with keyboards throughout. This is particularly true of the exuberant "Holding Pattern," a richly-textured romp that pops out from the low-key vibe of the first half of the album. The energy continues through "I Can Only Give My All," with its driving beat and layers of guitar figures and reverb, and goes on into "Babes in the Woods," which starts quietly and builds to a raucous climax before returning to earth. Where the electronic sound is boisterous on "Holding Pattern," it is ambient on "Happy & Free," floating above the gently pulsing bass line and simple drumming to a perfect end to a thoroughly enjoyable album.

For more information about Dean Wareham, including the album and tour information, visit his website.

Colin O’Briencurrently works in the Communications Department of the United States Conference of Catholic Bishops and has previously worked as a litigation paralegal in New York City. He completed a six-week observership with the Trappist community at New Melleray Abbey near Dubuque, Iowa in spring 2013, and is affiliated with the monastery as a layman through its Monastic Center program. He periodically updates his personal blog, "Fallen Sparrow," and also sings in his parish choir.

Colin is a native of Minneapolis and studied philosophy at the University of Minnesota. He currently resides in the Washington, D.C. area.