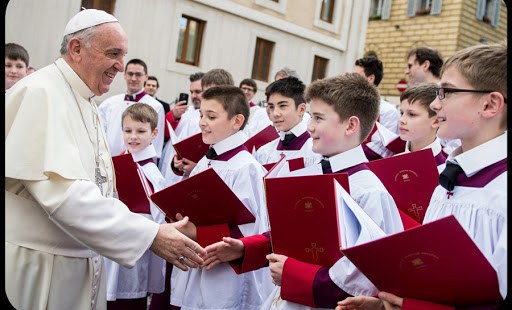 This is how we can involve more lay people for the good of the Church.

In the face of the historical dominance of male clergy, some Catholic women demand that women should also be priests. That may seem like the obvious way to correct clericalism, but ordaining women as priests only creates more priests and inadvertently bolsters clericalism. The feminist solution assumes that being a priest is the only way to really serve God and exercise power, but ends up boosting clericalism as a result.

True renewal in the Church always comes from an unexpected angle. True renewal is surprising, unexpected, and counter-intuitive. The way to correct clericalism is not to create more clerics, but to continue the call for all the laity to exercise their gifts in the service of the Church. Instead of automatically appointing clergy to prominent posts, the way of the Spirit is to take advantage of the wide skills and experience of all the laity, both men and women.

This is precisely what Pope Francis has done in a brilliant move to deal with the sex abuse scandals in the Church. John Allen reports here on the make up of the new Pontifical Commission for the Protection of Minors. Cardinal Seán O’Malley, one of the eight cardinals on the Pope’s council (and a prelate noted for taking a strong, proactive stance against abusive priests) is a member of the commission. Along with him is the moral theologian and fellow Argentine Jesuit, the Rev. Humberto Miguel Yáñez. Also included is Rev. Hans Zollner, a German Jesuit, Vice Rector of Gregorian University and head of its Institute of Psychology. But that’s where the clergy stop and the laity begin.

Allen reports that the lay members of the commission are “Hanna Suchocka, a former prime minister of Poland and currently Poland’s ambassador to the Vatican; Claudio Papale, an Italian lay expert on Church law; Catherine Bonnet, a French child psychologist who has written widely on the effects of sexual abuse and exploitation on children; and Baroness Sheila Hollins, a former president of the Royal College of Psychiatrists and current President of the British Medical Association, who is frequently consulted on child development issues in the United Kingdom.”

That’s not all. John Allen observes that the eighth member of the new commission includes Irish lay woman Marie Collins, a woman who claims to be a victim of clergy abuse herself, and who is well known as a campaigner for the rights of abuse victims.

Quite apart from the brilliant move of setting up an action team to deal with the problem on an international level is the Pope’s choice of five laypeople – among them four very eminent and well-qualified women. Pope Francis has spoken of the need for an increased and appropriate role for women in the Church. This commission shows how laity – both men and women – can serve the Church in a dynamic and creative way.

The advantages of having lay men and women involved in this way are manifold. Firstly, they bring expertise and experience to a task that clergy do not necessarily have. The priests and bishops of the Church quite rightly pay attention to liturgical, pastoral, and administrative issues. Some may also be experts in psychology, medicine, the arts and sciences, but that is not their first vocation. Lay experts bring a high level of professionalism and an outsider’s perspective to the problem.  A second advantage is that laity are the ones who have been most wounded by the sexual abuse of children. It is their sons and daughters who have been hurt, and therefore bring a much needed fresh and sympathetic perspective to the problem.

Having such eminent and accomplished lay women on the commission is not a case of worldly tokenism, as though it were Catholicism’s nod to feminism. Rather, this is one of the areas of Church life (the protection of children) where a woman’s natural gifts of nurture, care, and compassion will come into its own and be used most successfully. The feminine gift of awareness and even rage in the face of injustice should bring a powerful punch to the work of the commission. The example of St. Catherine of Siena reminds us that women have long been reformers in the Church; having nothing to lose, they have often been the ones to correct and rebuke wayward clergy.