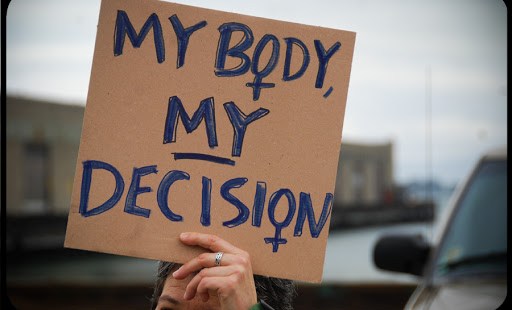 And other inconvenient truths about radical libertarianism.

Last week one of us used the drug war as a launching pad for examining the theory of self-ownership, the radical libertarian principle which asserts that none of us owes anything to anyone, unless we have freely agreed to give it to him as either a gift or an exchange.  According to the self-ownership manuals penned by the likes of Ayn Rand and Murray Rothbard, each of us is a self-made man, the creator of his destiny, unbeholden to anyone or anything, a rugged individualist who has carved out all that he has and is from the rough-hewn stone of unforgiving nature, with a clear title to everything he attains or acquires.  This picture of man is echoed throughout popular culture in works where the misfit, the loner, the outcast is held up as a hero for refusing to be cowed or seduced by the crowd.  Philosopher Edward Feser summed up the underlying theory as follows:

“For many libertarians, the thesis of self-ownership is the foundation of their political philosophy. Natural rights to life, liberty, and property—the protection of which is, according to the libertarian, government’s sole legitimate function—derive from self-ownership, in particular one’s ownership of his body and its parts, of his capacities and labor, and, by extension, of whatever he can acquire by his non-coercive exercise of them…. [G]overnment cannot legitimately interfere with an individual’s use of his body, abilities, etc., where that use does not involve the infringement of the rights of others, even when that individual’s use is otherwise immoral. Even if, for example, one decides to use narcotics or to drink oneself into a stupor night after night, the state has no right to stop him from doing so.”

Conversely, for the libertarian if the state has no right to stop someone from destroying himself, it also has no responsibility to rescue him.  People who make themselves unemployable or sick through their own bad habits will have to deal with the consequences on their own, or with the help of voluntary charity.  Indeed, even those who through no fault of their own are too poor to afford housing, food, or medical care must be provided for through voluntary, private sector efforts; the state has no business redistributing income in pursuit of the vision of social justice imposed by those in power.

There is a strong surface appeal to this position, particularly in our current political context of galloping secular socialism that drags us toward its goal of the subhumanist nanny state.  Murray Rothbard’s version of libertarianism (anarcho-capitalism) has attracted a surprising number of otherwise prolife religious believers—no doubt because of its appearance of philosophical rigor, and its justified rejection of the intrusive secular state.  But let us listen to Rothbard on the subject of motherhood and the family:

“The proper groundwork for analysis of abortion is in every man’s absolute right of self-ownership. This implies immediately that every woman has the absolute right to her own body, that she has absolute dominion over her body and everything within it. This includes the fetus. Most fetuses are in the mother’s womb because the mother consents to this situation, but the fetus is there by the mother’s freely-granted consent. But should the mother decide that she does not want the fetus there any longer, then the fetus becomes a parasitic “invader” of her person, and the mother has the perfect right to expel this invader from her domain. Abortion should be looked upon, not as “murder” of a living person, but as the expulsion of an unwanted invader from the mother’s body. Any laws restricting or prohibiting abortion are therefore invasions of the rights of mothers.”

Self-ownership, as the ruthlessly consistent Rothbard construes it, has other implications for the rights and duties of parents, extending far beyond the intimacy of the womb. He writes later in the same chapter:

“Applying our theory to parents and children, this means that a parent does not have the right to aggress against his children,
but also that the parent should not have a
legal obligation to feed, clothe, or educate his children, since such obligations would entail positive acts coerced upon the parent and depriving the parent of his rights. The parent therefore may not murder or mutilate his child, and the law properly outlaws a parent from doing so. But the parent should have the legal right
not to feed the child, i.e., to allow it to die. The law, therefore, may not properly compel the parent to feed a child or to keep it alive. (Again, whether or not a parent has a
moral rather than a legally enforceable obligation to keep his child alive is a completely separate question.) This rule allows us to solve such vexing questions as: should a parent have the right to allow a deformed baby to die (e.g., by not feeding it)? The answer is of course yes, following
a fortiori from the larger right to allow
any baby, whether deformed or not, to die. (Though, as we shall see below, in a libertarian society the existence of a free baby market will bring such “neglect” down to a minimum.)”

So self-ownership, as a principle, prevents the state from intervening when parents starve their children. At this point it is tempting to simply toss the very concept aside as toxic, to decide that any theory which cannot account for and defend the most basic unit of society, the family, can hardly be trusted on larger and more complicated questions. But self-ownership is not entirely wrong.  It is radically incomplete, an important piece of the truth which when ripped out of its living context leaves a trail as bloody as any vital organ.