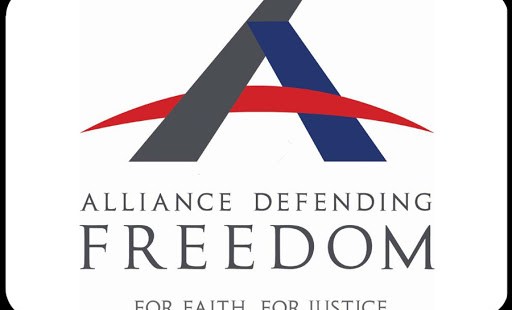 “We all know that relationships matter, and they certainly matter when it comes to media.”

Alliance Defending Freedom, a legal advocacy association, is hosting a conference in Rome this week to inform members of the media about its work in defense of religious freedom.

“Alliance Defending Freedom is hosting an International Media Symposium to educate the media about the legal issues that are threatening human dignity, religious liberty, the sanctity of life, the future of the family,” Alan Sears, president of the organization, told CNA March 23.

“One of the things that’s very important to us is to build relationships with media in Europe and the United States,” added Benjamin Bull, executive director of ADF Global, added.

The symposium, being held March 24-27, includes talks from experts in the legal, and related fields, on topics such as the “European Pyramid of Governance” and “From conception: the foundation of human rights.”

Alliance Defending Freedom’s “primary purpose is to keep the door open for the spread of the gospel,” said Sears. “We do that through an integration of strategy, training, funding and legal advocacy. Advocacy includes, of course, all-important litigation.”

The organization offers several different programs and training opportunities, including a “litigation academy” for practicing attorneys and the Blackstone Legal Fellowship program for law school students.

Alliance Defending Freedom’s website boasts an 80 percent success rate of all cases litigated. The group’s attorneys work on a wide variety of cases, such as those in defense of medical professionals who are pressured to violate their conscience or parents who seek to opt their children out of nationalized sexual education.

“I’m sad to say that most of the rights that have been lost, both across the European Union and across the United States have been lost because of the failure of the members of the body of Christ to stand and defend (them) – for about two generations we were AWOL,” acknowledged Sears.

“We stood on the sidelines while others brought actions and sought to create legal structures to change things. But the good news is, we’re not too late.”

Alliance Defending Freedom was launched in 1993 after “35 different ministries leaders from all across different faith lines in the Christian community came together and said, ‘we have a legal crisis. We are losing religious freedom. We are losing in the battle for life on many different fronts. We are losing on many issues related to family, and we do not have a broad enough, organized, wide enough reaction to this. We need to do some significant new things to enter the battle at a new level in a new way,’” recounted Sears.

Sears was the first lawyer on the team. In the intervening decades, Alliance Defending Freedom has grown to 187 full-time team members and more than 2,200 allied attorneys in 13 different countries, driven by a dedication to putting their faith in practice.

Roger Kishka, senior legal counsel for Alliance Defending Freedom, said he joined the team “because I am a person of Christian faith.”

“I’m a Catholic – it is perhaps the ‘ideal fusion’ of my legal career and my faith – to be able to defend these rights, and hopefully to be able to leave a legacy for my children and my children’s children, and to make the world a place where religious liberty can be enjoyed by all.”

Attendees at this week’s media symposium will have many opportunities to talk with various members of the legal advocacy group.

Paul Coleman, legal counsel at Alliance Defending Freedom’s Vienna office, said he hopes the symposium “will be a fantastic opportunity to build relationships with members of the media.”

“We all know that relationships matter, and they certainly matter when it comes to media.”