Is This the Future of Same-Sex Marriage for Evangelicals? 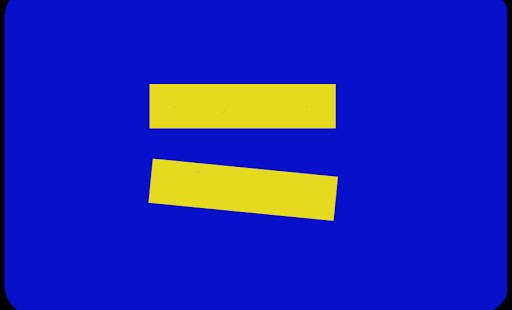 The evangelical aid organization World Vision U.S. has decided to agree to disagree on same-sex marriage. Here’s why this was inevitable.

The U.S. branch of the evangelical humanitarian aid organization World Vision announced this week that it will no longer bar its employees from being in same-sex marriages. Employees are still barred from having sex outside of marriage, but “marriage” will now include marriages between people of the same sex. World Vision U.S. president Richard Stearns tells Christianity Today the change is “not an endorsement of same-sex marriage,” but it’s hard to read it any other way.

It’s certainly a disappointing loss for supporters of traditional marriage, but I’m not surprised, and here’s why.

"I think you have to be neutral on hundreds of doctrinal issues that could divide an organization like World Vision,” Stearns explains to Christianity Today in defense of the decision of World Vision U.S.. "One example: divorce and remarriage. [Protestant] churches have different opinions on this. We've chosen not to make that a condition of employment at World Vision. If we were not deferring to local churches, we would have a long litmus test [for employees]. What do you believe about evolution? Have you been divorced and remarried? What is your opinion on women in leadership? Were you dunked or sprinkled? And at the end of the interview, how many candidates would still be standing?”

The problem comes from sola scriptura, or “Scripture alone,” one of the fundamental operating principles of Protestantism. Evangelicals agree with the Catholic Church that Scripture is the inspired Word of God and final in all it says. But evangelicals disagree with Catholics there is any living interpretive body for the Christian community to authoritatively interpret it (what we call the “Magisterium”). This means, at the end of the day, individual evangelicals are left to determine for themselves what they think Scripture says.

This works out just fine for the evangelical community – but only as long as everyone reads Scripture the same way. As history attests, disagreements arise all the time. What happens when evangelicals sincerely and prayfully come to different conclusions about what Scripture says? There are only a few options.

To start, they can just keep on debating with each other until an agreement is reached. This sometimes works, but often doesn’t. When intractable disagreements arise, unless the evangelical community is okay with remaining in a permanent state of debate and thereby making its witness to the truth of God impossible (it’s hard to preach if you can’t determine what it is you’re supposed to be preaching), they’ll need to do something else.

The next option is what I call the fundamentalist route: individual evangelicals can just declare their opponents wrong and go their separate ways. Since there’s widespread agreement on only a few things among evangelicals, this option leaves its adherents fairly isolated pretty much right away. This is what Stearns is talking about when he says if World Vision U.S. took a position on every contentious issue, there’d be no one left to work for them. Further, most evangelicals today realize that privileging one’s own interpretation of Scripture over other evangelicals is, at best, just ad hoc, and at worst, arrogant.