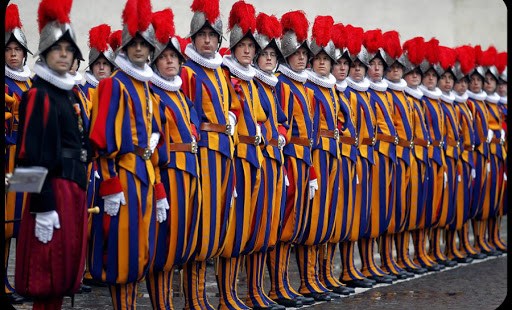 Ever wondered what Pope XI had to say for himself about top societal and religious topics? How about John Paul II?

Now you don’t have to.

A press conference next Tuesday 1 April here at the Vatican Radio, Rome, will present: “The Voice of the Popes.”

The Vatican radio is gathering together the papal voices going all the way back to 1931 (that’s before WWII, people), the year that Vatican radio broadcasting actually began.

And what are they doing with all of these voices? They are putting everything at the disposition of this century’s computerfied fingertips, digital style.

Exactly how this archive will be stored and the manner of access available to it is yet to be announced. However in a statement released by Vatican Radio, they say that this “new digital support will guarantee an easier usage of content for users of the information and for studies.”

They also emphasise their commitment to preserving the integrity of the pontifical recordings. In it’s decision to “construct, guard and manage this archive of the papal voices, in the case of third party use, the safeguarding of the pastoral character and the protection of rights of intellectual property has been assured.”

This mammoth but outstanding task that the Vatican has undergone is one of great historical and documental relevance. All of the many mind-blowing things that have been said by the 20th and 21st Century successors of Peter will not be hidden in dusty cupboards never to see the light of day, but will be immersed into that wiz of a digital universe, thus assuring their timeless (well, almost timeless) and retrievable format.

Vatican spokesperson and director of the Vatican Radio Fr. Federico Lombardi S.I. states that “the technical direction of the Vatican Radio has accomplished the digitalisation of the pontifical voices that reproduce the content of 8000 rolls and original recordings of the Popes’ activities; from Pius XI right up until Francis, passing also from John XXIII and John Paul II who are soon to be canonized.”

Indeed the digitisation of the archive arrives at an extremely poignant time: alongside the canonization of popes John XXIII and John Paul II, which is to take place on 27 April of this year.

Perhaps now we’ll be able to listen to the voices of these two great successors of Peter, on topics that we haven’t been able to hear since they were spoken.

At the Press Conference which is to be moderated by Fr. Lombardi himself, various representatives from both the ecclesiastic and informatics world will also be present, including His Eminence Cardinal John Baptist Re, Prefect emeritus of the Congregation for the Bishops and President emeritus of the Pontifical Commission for Latin America, strict collaborator of Karol Wojtyla, the vaticanist Gian Frano Svidercoschi, who followed the pontificate of Pope John XXIII and Pope John Paul II, and the Aide de Chambre John XXIII and the Attachés of the Antechamber of JPII, Guido Gusso, who will recount some memories of his long-time link with Angelo Roncalli.