Chivalry and the Single Girl 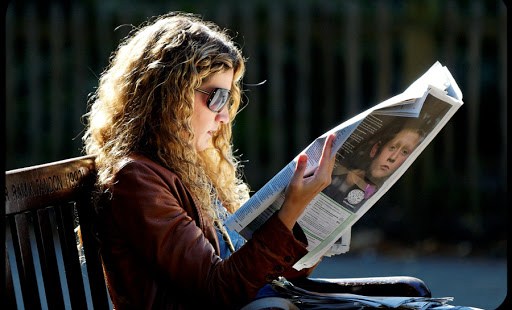 All women deserve the respect of men – not just their love interests.

This blog post from James Michael Shama, founder of the New Chivalry Movement (an endeavor I applaud whole-heartedly) has been making the rounds on my Facebook feed over the past few weeks. It’s  great to see advice from one young man to another on being a gentleman. As a woman who spent most workday evenings standing on the DC metro during my four years commuting, while plenty of young, healthy men sat and stared at their phones, I’ve certainly experience firsthand that a good discussion on chivalry is long overdue, especially for my generation.

I appreciate Mr. Shama’s work and I realize he’s speaking largely about relationships and how men ought to treat women within them. Still, as a single woman, I’d also like to remind the gentlemen of this world that chivalry is not limited to the woman you’re romantically interested in. Sure, hold the door for the girl you like and pull out your date’s chair at the table, but chivalry isn’t about scoring points with your girlfriend. It’s about honoring and respecting those more vulnerable than you, which means quite simply there’s not always something in it for you.

More than once I’ve been left in the proverbial cold while men went out of their way to impress my girlfriends with their chivalry. I’m well aware when a man is pursuing my friend, and I know just about every man in my acquaintance currently is only interested in me on the platonic level. I play the best friend role a lot, believe me, and I know how to be a third wheel.

But that doesn’t mean it doesn’t hurt sometimes. As just one example among a few, several years ago a guy opened a door for my friend, then walked in after her himself and closed it on me–even though we were all walking together. I remember standing there staring at the closed door for a full minute, blinking in bewilderment. Apparently not being a romantic interest meant I wasn’t worth respecting at all. There’s not gentle way to put this: that hurt. It still hurts, in fact, even though it seems like such a small deal, and it happened so long ago.

We single women develop a thick skin to rebuffs like that. Over time we come to expect them. We twist the painful experiences into cynical jokes and snide “funny” stories so they don’t sting quite as much, but the pain of being unnoticed and unlooked-for is very real. Men, do you want to be truly chivalrous? Take the time to perform a random act of gentlemanliness for a woman you’re not romantically interested in. It shouldn’t be a romantic act (you don’t want to send the wrong signal), but just affirming her womanhood means the world — even if she’s used to being cynical and not quite sure how to take it.

I often return to that scene in the Garden of Eden, when Adam awoke and saw the woman for the first time. His response was one of wonder and delight; he affirmed the woman as a woman, and that affirmation was her delight. Each of us women is that first woman, and each of us longs to be seen and affirmed, even the most cynical and thick-skinned of us. All it takes is a small act of chivalry, like holding a door or vacating a metro seat, to say, “I affirm you as a woman. Not a potential girlfriend or someone I really want to impress, but as a woman in your own right, even if I never see you again.”

In its ideal form, that’s what chivalry should be all about: affirming the value and worth of the other person, no strings attached.

Mary Beth Baker writes a bi-weekly feature entitled Life in the Gap. Mary Beth’s outstanding personal blog, also entitled Life in the Gap, is about a young woman’s daily journey “in between.” In between what? Between the single life and whatever marvelous things God has in store. But far from being about a time of anxious waiting, Mary Beth’s reflections underscore the richness of living in the present moment.

Courtesy of Life in the Gap