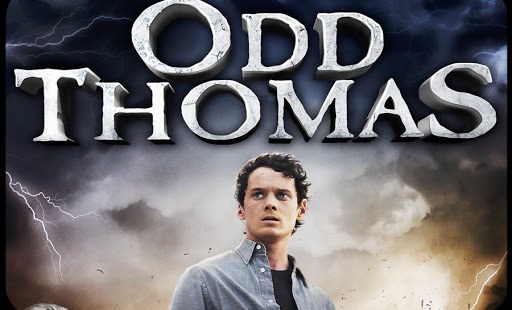 Another film adaption of a popular novel series.

“Too much mystery is merely an annoyance. Too much adventure is exhausting. And a little terror goes a long way.”

So writes Dean Koontz in his novel Odd Thomas – the first entry in the best-selling Odd Thomas series – in a line that might have been taken as a motto when setting out to adapt the story to film.

Directed by Stephen Sommers (The Mummy, Van Helsing, G.I. Joe), Odd Thomas stars Anton Yelchin (Star Trek: Into Darkness), Addison Timlin, and Willem Dafoe (Spiderman, The Boondock Saints). The plot centers on the aptly named Odd (Yelchin), a young fry cook in the desert town of Pico Mundo, California. Odd’s remarkable ability to see the spirits of the dead – combined with his righteous vocation to bring justice to the wicked – tends to land him in perilous situations, along with the lovely Stormy Llewellyn (Timlin), and local police chief Wyatt Porter (Dafoe).

A humble and gentle soul, Odd is still no pacifist, and at times it is only through the use of force that he can bring eternal peace to his charges.  But when evil spirits called “Bodachs” (a name taken from a Scottish bogeyman) are attracted to Pico Mundo by an imminent disaster, Odd must rely on his strength, his friends, and his considerable wit if he is to prevent the tragedy and save his town from annihilation.

From a viewer’s standpoint, Odd is an atypical hero by Hollywood standards: He doesn’t strike a particularly imposing figure, nor does he measure up to the standard “toughness” of an action star that we’ve come to expect. But besides his supernatural ability to peek into the realm of the dead, Odd does have another characteristic that in this day and age can rightly be called extraordinary: Humility.

In the first of Odd’s many narrative monologues, he explains:

“I am not a celebrity. I am not the child of a celebrity. I have never been married to, never been abused by, and never provided a kidney for transplantation into any celebrity. Furthermore, I have no desire to be a celebrity. In fact I am such a nonentity by the standards of our culture that People magazine not only will never feature a piece about me but might also reject my attempts to subscribe to their publication on the grounds that the black-hole gravity of my noncelebrity is powerful enough to suck their entire enterprise into oblivion.”

Sporting a budget of approximately $27 million, Odd Thomas is ambitious for an independently produced feature.  While other film adaptations of Koontz’s work have ranged in quality from forgettable to downright terrible (see Phantoms and Watchers), Odd Thomas is largely successful where past attempts have fallen short. Best described as a “supernatural dramedy/thriller”, the film can be uneven at times as the writers struggle to balance comedic moments with much darker elements. A larger budget would also have been beneficial, especially for the sequences featuring the CGI-rendered Bodachs, which sometimes look like they would be better suited as the antagonists of a slick video game, rather than a feature-length movie.  On the other hand, the relative smallness of the film is endearing, and offers a welcome change of pace from the special effects-driven blockbusters that audiences gobble up summer after summer.

The main attractions are the film’s stars, who, while clearly talented, are made up of relative unknowns (with the exception of Dafoe).  Yelchin and Timlin inhabit the characters of Odd and Stormy as naturally as fans of the novels could have hoped. If nothing else, viewers will remember their chemistry long after the end credits roll. Readers of Koontz’s other fiction will recognize the distinctly witty dialogue, which is spouted perhaps a little too frequently by the main character in the form of narration (Odd’s insights are amusing, but this is the most narration I’ve witnessed in a film since the theatrical cut of