What the New York Times Gets Wrong About Death 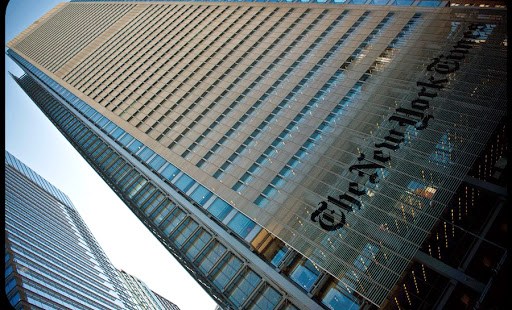 We have stopped talking about the after-life even as science offers more evidence for it.

Earlier this month, I read a fascinating article in The New York Times, “The Science of Older and Wiser,” which offered ways for aging people (all of us!) to move into the autumn years as happily and gracefully as possible.

“Since ancient times,” Phyllis Korkki writes, “the elusive concept of wisdom has figured prominently in philosophical and religious texts.”

At first I was excited to see an author point to the “philosophical and religious texts” of “ancient times.” But it became clear as I read through the article that Korkki didn't intend to visit those texts. Instead she cites the work of psychologists going back a mere 50 years or so.

Korkki writes that wisdom “is one of the most important qualities one can possess to age successfully — and to face physical decline and death.” But she works with ideas of wisdom that are purely “scientific” and, again, very recent. For her, wisdom has more to do with “living well,” presumably during our mortal lives, than with dying. But it seems to me that as we age, our approaching death is too large a factor to ignore.

Wisdom did figure prominently in my college education, from the works ancient Greek philosophers and biblical authors, to modern—even modernist—thinkers. The author of the book of Proverbs wrote that “The fear of the Lord is the beginning of Wisdom,” and Plato came as close as a pagan can to agreeing with that Biblical statement when he wrote “Wisdom begins in wonder.”

The Judeo-Christian concept of “wonder and awe” is now held by Roman Catholics to be one of the “Gifts of the Holy Spirit,” a supernatural virtue of sorts. The Roman orator Cicero once said that to study philosophy is “to prepare to die,” a theme that was picked up centuries later by Michel de Montaigne, who made a case for spending much more time thinking of death than we do.

In times past, far more people could agree on at least some matters of religion and spirituality. While the average stranger on the street may still have some notion of an afterlife, it's hardly something to talk about in polite company. And even when I recently listed to an entire hour long program about death and grieving on NPR, the idea of an afterlife was mentioned not once.

Death is a morbid subject, and besides, what if someone in the room is an atheist. You might just start a fight. So most of us leave death alone until the moment when we are faced with the death of a loved one, at which time we scuttle it under the surface as quickly as possible, have a good cry and then return to our original, skittish way of laughing nervously about such things, and changing the subject.

But dealing with death can be a great source of comfort. Making friends with our own mortality, so to speak, can keep us from being afraid of the dark. During my senior year at the College of St. Mary Magdalen, having already read and studied Western (and Eastern) religious, literary and philosophical traditions, we moved on to some of the scientific superstars of the 20th century. One of these figures was sometime atheist neuroscientist Wilder Penfield, whom my professor described as being “to Canada what Albert Einstein is to the United States.” I think that, out of respect for Phyllis Korkki's modern, scientific approach to the ideas of death and wisdom, we might do best to start with the father of modern neuroscience instead of a father of ancient philosophy or a Biblical patriarch.

In his book The Mystery of the Mind, Dr. Penfield recounts his quest after “the mind” or “the psyche” or “the soul.” In searching for the soul, he was motivated at least in part by a desire to prove its nonexistence. A renowned brain expert, he was confident that he could fully map out the brain and find no trace of a “soul.” A full account of human consciousness that gave no account of the soul, would prove once and for all that the human person is nothing more than the sum of his parts.

In one of the most striking passages of his book, Dr. Penfield recounts a series of experiments conducted with a system that enabled him to monitor brain activity while he manipulated the brain. With a conscious patient's brain exposed in front of him, he would ask the subject to raise a hand. As the patient raised his hand, Dr. Penfield would observe the part of the brain that “lit up” to send a signal to the part of the body that was being activated. After the patient put his hand back down, that part of the brain would power down. Penfield documented the fact that the patient described this event as “I raised my hand.” But when Penfield artificially activated that same part of the brain, and the patient raised his hand again, the subject described the event as “My arm went up.” When Penfield asked “Did you raise your arm?” the subject replied “No, I didn't raise my hand. My arm rose up by itself.”

What Penfield had discovered is that there exists an “I,” an agent that is self-aware, has a will, and knows the difference between its own actions and the actions of its brain. Even when the brain and body of a human person act, the human agent knows the difference between its own actions and the actions imposed upon it by an outside agent. Dr. Penfield discovered that it is the same in cases of epilepsy, when a person can remember after a seizure that they themselves were not performing the movements typical of an epileptic episode, but rather their bodies were not obeying their own minds. Essentially, by discovering that there is no soul to be found in the parts that make up the human body, Penfield had discovered that there must be a soul.

After this discovery, many things began to fall into place for Penfield. How is it, he later reflected, that as our brains and bodies deteriorate with age, our minds grow in wisdom? The very idea of a wise old man assumes the existence of a mind or soul that grows stronger and more agile while every physical indicator suggests that the human person is growing weaker, stiffer and more fragile.

Korkki ends her article on this melancholy note:

“Dr. Clayton says there’s a point in life when a fundamental shift occurs, and people start thinking about how much time they have left rather than how long they have lived. Reflecting on the meaning and structure of their lives, she said, can help people thrive after the balance shifts and there is much less time left than has gone before.”

But if as we age, part of us goes “down” while another goes continually “up,” what can we expect happens at death? For answers to that question, I recommend we turn to the “ancient” traditions that Korkki refers to at the beginning of her article.