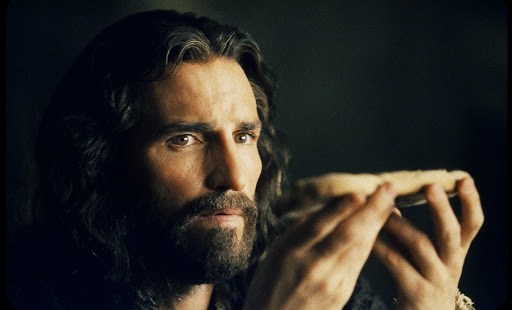 If you love Noah, we have more like it for you. If you hate Noah, here’s an alternative.

The Gregorian Institute at Benedictine College surveyed 6,500 online readers to vote on their favorite “Proudly Catholic Movies.” The result is a Catholic Hall of Fame list of the top 100 movies, available to print out here.

The Passion of the Christ was the favorite, but two 2012 movies rated in the top 10: Les Miserables at No. 4 and For Greater Glory at No. 6.

The “Proudly Catholic Movies” poll was born when I high-fived my wife when soldiers knelt for a blessing during a big-budget production of Henry V. Great film is an art, and art is something we experience apart from any ulterior motive — apart from feeling any need to high five anybody, for instance. We encounter art in order to encounter beauty and humanity in a profound way.

The Proudly Catholic Movies were rated by readers on both their artistic and their “high five your spouse” power, as part of the Gregorian Institute’s mission to promote Catholic identity in public life. In introducing the survey we asked, “What film inspires you with the Catholic deeds of priests, religious or lay people living their faith? What movie makes you proud to be Catholic?”

The top 10, and their number of votes, is as follows:

The list carries a disclaimer that not all of these films are family friendly. While Biblical epics and classics with Catholic elements were a staple on the list (as well as Ignatius Press’s recent string of saints stories), there were a number of surprises.

The action movies included Gran Torino, a Clint Eastwood movie about a tough guy living in a changing neighborhood, at No. 14, and two Mel Gibson action movies: Braveheart at No. 13 and We Were Soldiers at No. 52.

The Les Miserables story landed on the list in two versions: 2012’s version of the stage musical and 1998’s adaptation of the novel.

Appropriate for The Gregorian Institute at Benedictine College, several monks movies made the list. Of Gods and Men, a quiet 2010 French film about monks willing to sacrifice themselves in an Algerian monastery rated No. 16. An even quieter monk film, Into Great Silence placed at No. 58; the 2006 film The Island about a Russian Orthodox monk, placed at No. 68.

So if you’re trying to avoid Noah, pop in one of these movies. Or if you’re inspired to see more after watching Noah, try this list.

Click here to print out the “Top 100 Proudly Catholic Movies.”

Is something missing? The ongoing poll is still available to receive new votes. After this weekend, you may want to vote for — or against — Noah.

Tom Hoopes is Vice President of College Relations and writer in residence at Benedictine College in Atchison, Kansas.