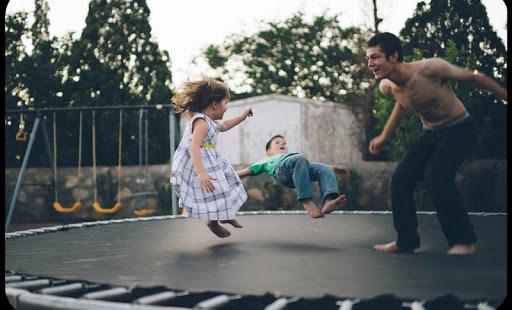 Maybe if I started thinking of my house as a constantly evolving exhibition, I would have better context for some of the things my children do

Last Thursday, Phil Loring, head curator of London’s Science Museum started to lead a tour of Mind Maps: Stories from Psychology.  An exploration of psychology’s 250 year history, the exhibit seeks to visually display the changes in our understanding of the human mind.  When he got to the museum that day, NPR reports that he found “a surprise amidst the displays on mesmerism, electroconvulsive therapy and other tricks and treatments of the psychologist’s craft: a dummy head topped with a colander.”

While museum guards were understandably not thrilled with the exhibit’s addition, Loring was charmed by the metallic addition and accompanying placard, which informed the public of the piece’s significance, which included shielding “the user from external threats such as mind control and mind reading”.  Loring described the prank as “guerrilla curation”, paying homage to the dubious origins of psychology.

As someone who once convinced a science teacher colleague to teach classes for a full day while wearing a tin foil beanie on her head, I can get behind the cranial colander joke.  However, even more interesting is the notion of “guerrilla curation”, because I think it explains a great deal of what goes on in my house.

With six children under the age of 12 running around here, to say that things walk a thin line of chaos would be understatement.  At any given moment, I’m uncomfortably aware that all that’s standing between my comfortable suburban existence and howling savagery is the grace of God and dumb luck.  But perhaps I’m looking at it all wrong.  Maybe what I’ve been calling focused, concerted efforts to drive me insane are really demonstrations of guerrilla curation.

Those stick figure robots drawn on the back of the couch in Sharpie?  A tiny exhibition by an up-and-coming futurist.  The matchbox cars constantly found in the holy water font by the front door?  Cutting edge sculpture exploring the intersection between faith and transportation.

I know, I know, a house should not be a museum, but rather a place for a family to live and love and grow, blah blah blah.  But maybe if I started thinking of my environment as a constantly evolving exhibition, I would have context for some of the things my children do.  The as-yet-unnamed offspring who took a rock one day last week and scratched circles into the back of the van? Guerrilla car design.  The legos that keep plugging up the toilet?  Guerilla plumbing.

And why should I simply be an observer in the Museum of the Mad that I’m curating?  Why not become a contributor?  All those day before payday meals I create with the last stragglers in the pantry?  Guerilla cuisine!  All the chores I concoct for the kids when they insist they’re bored?  Guerilla itinerary!

It think Phil Loring is on to something with his guerrilla world view.  It could revolutionize parenting.  And if it doesn’t, well, there’s always metal colanders we can stick on our head.

Cari Donaldsonis the author of Pope Awesome and Other Stories: How I Found God, Had Kids, and Lived to Tell the Tale. She married her high school sweetheart, had six children with him, and now spends her days homeschooling, writing, and figuring out how to stay one step ahead of her child army. She blogs about faith and family life at clan-donaldson.com.