No Property, No Personhood 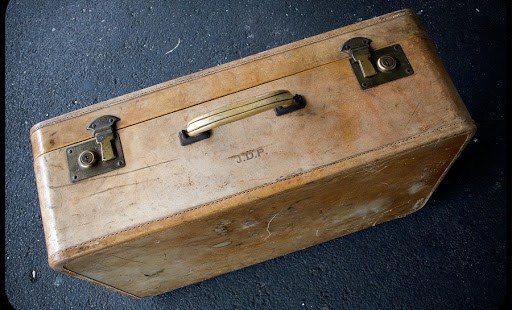 Why respecting private property is a matter of human dignity.

Private property is a natural and necessary implication of the dignity of the human person, since wealth is the outcome of human labor intelligently admixed with the bounty of nature.

This definition of wealth seems like plain common sense to most modern people.  It was most memorably asserted by the political philosopher John Locke, and it was subsequently endorsed by Pope Leo XIII, giving it the imprimatur alike of the moderate Enlightenment and of the Catholic Church.

But this description of wealth is in fact the fruit of thousands of years of reflection and debate.  In the ancient world, philosophers and theologians alike conceived of wealth quite differently, seeing the fruits of the earth and natural resources largely as a fixed supply of the necessities of life, which man essentially gathers without increasing or improving it.  So the task of sages and saints was to enjoin us to distribute this God-given, finite amount of wealth wisely and fairly, taking account of the needs of the state and the wants of the poor.

In the zero-sum game that such thinkers believed mankind is doomed to play, one man’s accumulation could only come at his neighbor’s expense.  And indeed, the ancient economy was largely based on agricultural production, much of it done by slaves.  The value added by tradesmen and bankers—who perform the vital work of distributing goods and capital from places where they are not needed to sites where they can be used more productively—was poorly understood and often dismissed, and merchants and money-lenders condemned as economic parasites. From Aristotle to St. John Chrysostom, you will look in vain for influential thinkers who recognized how economic exchanges could yield mutual benefits and increase the general store of wealth, by allocating it more efficiently and serving human needs more effectively.

Late medieval Scholastics, especially a group of Dominican friars in Spain, would advance the understanding of wealth by studying empirically the nature of economic exchanges, and the mutual benefits they conferred on both parties in any honest trade.  These friars—themselves sworn to poverty—were encouraged in this endeavor by the explosion of wealth that marked the high Middle Ages, which was driven both by technological improvements in agriculture (such as more effective plows and crop rotation) and the explosion of trade with the Middle East in the wake of the Crusades.

The medieval guilds, composed of producers and tradesmen who had organized along religious lines under patron saints, formed interest groups that spoke up for the moral legitimacy of profit-seeking ventures and the social usefulness of commerce—even as they used their guild privileges to choke off competition.

The economic power of urban elites began to threaten the dominance of aristocrats, allowing burghers to purchase exemptions from strangling feudal laws, and cities to establish themselves as sanctuaries from serfdom, where common people could succeed or fail based on their merits, rather than staying fixed in the caste where they had been born.

The expansion of economic liberty helped to create a base of support for political freedom, and demands grew for representation of citizens in government, for instance in institutions such as the English House of Commons. This thrust toward representative government would clash with the efforts of princes to subjugate nobles and commons alike in the pursuit of “absolute” monarchy.  Conflicts such as the English Civil War and the “Glorious Revolution,” and the successive Swiss wars of independence against absolutist France and Austria, ensured the survival of the principle of representative government, and the expansion of the kind of economic and political freedom that American civic leaders would rally to defend in 1776.