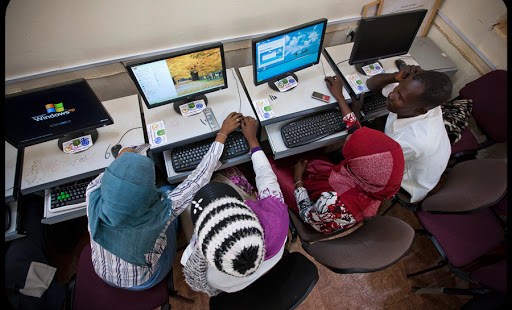 African students studying in Rome are finding a home away from home in an outreach program dedicated to accompanying them spiritually, culturally, and socially.

“We think of home a lot–our parents, our families that we left behind… therefore this is our second home,” Leodmila Amona of Mozambique, told CNA on March 30.

Amona is a participant in the Servizio Universitario Africano outreach program, based in temporary space behind Rome’s famous church of St. Peter in Chains.

“Wherever we live, we come here in Sundays to stay in a family, in a real Christian family,” the 26-year-old university student added.

Amona has been part of the Servizio for several months. She said she finds it encouraging because “as students we also need to sustain our faith,” which can be difficult in a new culture.

“We come from Africa with a certain type of faith,” she noted, but Rome has “a diversity in Christianity.”

Reaching out to students like Amona is the work of Father Tobechi Anayadike, the outreach program’s chaplain, who is in charge of the pastoral care of African university students in Rome, especially lay students.

Fr. Tobechi spoke of “accompanying” the students in their lives, “especially their participation in the life of the Church, so that while studying here in Rome, far away from home, and from their parents and the parishes and families back at home, they will not forget their religious roots, their faith.”

He hopes that his work in the Servizio will help the students “grow in that enthusiasm and typical joy for which the African young people are known.”

The Servizio is not only an outreach for African students, but an opportunity for young people to work together.

Sister Doris Pogle, a Missionary Sister of Divine Mercy who serves in the Servizio, said young people “are trying to work with them together, to reflect together so that our time for the studies here won’t put us far from the gospel.”

“We want to take care of our values so that the things that are better in our culture, we won’t forget them–especially respect for life, respect of all people, defense of what is sacred,” explained the sister.

Jane Wathuta of Nairobi, Kenya described the Servizio as “a point of reference, a meeting place, a place to share spiritual, cultural, and other experiences–and also to grow together.”

The Servizio Universitario Africano began in 2005 when several African students attended a Marian prayer vigil during a European-African Day for university students in Rome. Pope Benedict XVI noticed their joy and enthusiasm and asked for a report. He eventually wrote that he wanted a coordination of university pastoral care for African students in the city. Fr. Tobechi was asked to be the chaplain.

The students, along with Fr. Tobechi and several religious sisters, have Mass together every Sunday. They also organize conferences, attend lectures, and offer a social network for African students in Rome.

Alain Christian was introduced to the Servizio by a friend from his home country of Cameroon who also studies in the city.

“It’s very hard for foreign students who are coming in Europe, abroad for the first time, and they need support. They need help from other people who came here before them. This was an opportunity for me to be in touch with the African culture that’s behind me,” explained the young man, who is pursuing his master’s degree in political science.

The Servizio’s many activities have “helped us increase our academic competencies, and to develop a network, a social network–knowing many people, many lecturers, many colleagues who can help us,” noted Christian.

The program’s leaders hope that the Servizio’s reach is far wider than Rome itself.

According to Fr. Tobechi, the African bishops have asked that its activities “touch home–touch the students and the young people at home.”

“It’s already doing that,” he added. Since the students “are central to the events of the life of the Church… they become opinion leaders, reference points for their (fellow) students, for their colleagues, from wherever they may be.”

When, for example, Pope Francis was elected, friends in Africa called, “not the priest, not the religious that you see,” but rather, “their fellow students who are here,” Fr. Tobechi explained.

In the future they hope the Servizio can move out of its temporary space to a permanent site in order to better serve students who come to Rome for a time before they return home to Africa.

Sr. Doris reflected, “I hope that with students, working together, they can be missionaries in Rome, and also missionaries of God in our country, in Africa.”