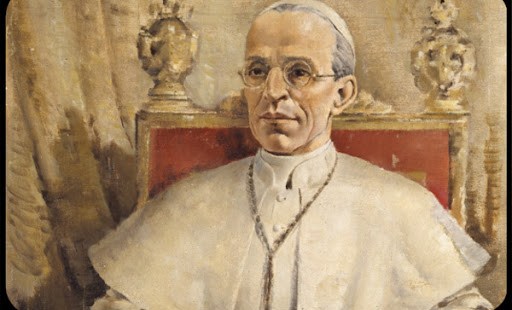 “It’s beautiful that these Popes remain among us with their voice, though the most important thing is that they are in our hearts.”

Vatican Radio presented Tuesday its digital archive of “The Voice of the Popes,” a collection of more than 8,000 audio recordings of every Pope since Pius XI which makes their message more easily accessible.

“This is moving; this initiative of Vatican Radio has made me very happy that we can listen to their discourses,” said Cardinal Giovanni Re, prefect emeritus of the Congregation for Bishops, in an interview with CNA following the April 1 presentation.

“It's beautiful that these Popes remain among us with their voice, though the most important thing is that they are in our hearts.”

“Our oldest recording was made on a dictaphone, and dates to 1884,” Piervenanzi told CNA. “It is a recording of Leo XIII, and was not made by Vatican Radio, but was a gift from Catholics in America.”

Leo XIII is heard reading his encyclical “Humanum Genus,” on freemasonry. Piervenanzi discussed the recording, made on a wax cylinder, in the context of the challenges facing Vatican Radio in digitizing such recordings.

Vatican Radio was founded in 1931, and establishes, protecting, and manages the archive of papal pronouncements so as to safeguard them and to protect the Holy See's intellectual property.

The digitization allows a more widespread diffusion of the Popes' speech; prior to this, few but employees of Vatican Radio were able to hear all the recordings. The archives are open to the public in a limited way, but can be accessed for historical publications or as the object of study.

The archive has documented more than 23,000 events, and the digital archive is formed of more than 37,000 distinct files. That the archive might be published in the future on the internet has not be excluded.

Fr. Lombardi emphasized the importance of the archive, noting in particular Bl. John XXIII's “speech to the moon,” an impromptu discourse from the balcony of the Apostolic Palace to crowds in St. Peter's Square on the opening of the Second Vatican Council.

“When the 50th anniversary of the opening of the Second Vatican Council was celebrated, journalists search for its transcription on the Vatican web-site, but could find only L'Osservatore Romano's synthesis,” he reflected.

At the time, the Pope's words “were not customarily transcribed in their entirety.”

“We searched for the original in the Vatican Radio archives, transcribed it, and published it,” he said. The full speech is now available in Italian, Latin, Portuguese, and Spanish on the Vatican's website.

Fr. Lombardi also praised the work of Italian journalist Angela Ambrogetti, who has published two works – “Companions in Travel” and “In the Air with Pope Benedict” – with Libreria Editrice Vaticana on the news conferences held by Bl. John Paul II and Benedict XVI during their international flights, for which she used the Vatican Radio archives.

The press officer announced that Ambrogetti is now working on a third work utilizing the archives – this time on Bl. John Paul II's conversations at lunch.

In 2011, when “Companions in Travel” was published, transcriptions of Bl. John Paul II's conferences on his flights were not provided.

“I wanted to render the atmosphere of that era,” Ambrogetti told CNA March 31. When he presented the book, Cardinal Roberto Tucci, a one-time director of Vatican Radio, said of the archive: “we had a treasure, but were not even aware of it.”

The custom of new conferences held on papal flights began in 1979, with Bl. John Paul II's trip to Mexico.

When he went to greet the journalists, Wilton Wynn of “Time” asked if he intended to visit the U.S. The Pope responded, and journalists have since been able to question the Pope on his international flights.

She noted that the archives show each Pope as he is: “John Paul II used to speak about human rights, social justice, the presence of the Church in the world… themes that are the natural outcome of the announcement of the Gospel, even if the outcome seemed more newsworthy than the motivation.”

Benedict XVI, she reflected, “explained once again to the world the reason why the Catholic Church speaks about human rights, peace, and social justice,” even if “the media did not seem ready to address these issues.”