One of the Worst Arguments Against Traditional Marriage 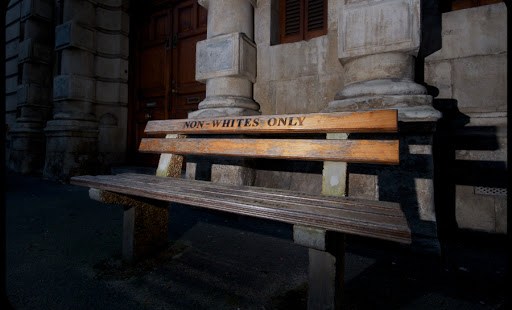 “You say this bill protects ‘religious freedom,’” Star Trek actor and gay rights activist George Takei wrote in his widely shared open letter to Arizona regarding SB 1062, “but no one is fooled. When I was younger, people used ‘God's Will’ as a reason to keep the races separate, too.”

The historically black Howard University made a similar comparison between the arguments for racism and traditional marriage in an amicus brief against California’s Proposition 8: “Without acknowledging the racial provenance of these discredited arguments, opponents of marriage equality have attacked same-sex couples… as an affront to the laws of God and nature.”

Do you follow? It’s a classic guilt by association fallacy, easily dismissed except for the fact it’s so widely used.

I wondered how such a bad argument could gain traction until I realized it’s just a permutation of the Internet’s favorite argument: reductio ad Hitlerum. Hitler did a particular thing, someone today is doing that same thing, therefore that person is evil just like Hitler. It works for just about anything.

Substitute “racist” for “Hitler” and you see how the gay marriage debate has successfully brought Godwin's law out of the comboxes and into our courts.

Now, I admit George Takei and Howard University are right about one thing: appeals to both the natural law and God were commonplace in debates about race during the Civil Rights era, just as they are today with homosexuality. To give you a taste of what that rhetoric was like, here’s a quote from perhaps the worst offender:

Straight from the most dangerous currents of southern religious fundamentalism, this person literally wants to take us back to the medievals and says people should only obey laws that agree with their understanding of God. Scary stuff.

The great Rev. Dr. Martin Luther King, Jr., whom I of course support. The quote is from his famous Letter from a Birmingham Jail. Dr. King also quotes the Bible and even dares to use the most unprogressive word of all, “sinful”.

His other famous-text-no-one-actually-reads, the “I Have a Dream” speech, is similar, quoting Scripture throughout and repeatedly calling for peace between all of “God’s children.”

But his final public address, given just a day before his assassination, is the most clear: “I just want to do God's will.” (Perhaps this is what Takei was remembering?)

Dr. King was just one part of a long line of great Christian critics of slavery and racism.

“Standing with God and the crushed and bleeding slave on this occasion,” boomed the great 19th century orator and former slave Frederick Douglass,

“I will…  in the name of the Constitution and the Bible, which are disregarded and trampled upon, dare to call in question and to denounce, with all the emphasis I can command, everything that serves to perpetuate slavery — the great sin and shame of America!”

The English abolitionist hero William Wilberforce closed his speech “On the Horrors of the Slave Trade” with this appeal:

“And, sir, when we think of eternity, and of the future consequences of all human conduct, what is there in this life that should make any man contradict the dictates of his conscience, the principles of justice, the laws of religion, and of God?”

Further examples could be multiplied.

Put any of these words in the mouth of a traditional marriage advocate today and liberals would probably label the person a fundamentalist, sound the alarm of a coming theocracy, and silence the person with appeals to an extreme form of “separation of church and state.”

Speaking of “separation of church and state,” the liberal fondness for the phrase is ironic: it was used by slaveholders in the 19th century to silence Christian opponents to slavery and was popularized in the 20th century by the KKK.

“Chilling,” as the Internet’s partisan outrage machine would tell us about the connection. Don’t they know the “racial provenance of these discredited arguments”? Doesn’t this mean that liberals who espouse “separation of church and state” are really just “thinly veiled” racists?

The point here is this: Do people make faulty natural law or religious arguments? All the time. But there are good arguments and there are bad arguments, and the latter don’t invalidate all natural law arguments or appeals to God anymore than the fact that people have misused “separation of church and state” automatically invalidates the concept. If you want to do that, you have to provide rational reasons, not just smears from a highly selective reading of history.

Guilt by association may be an effective political weapon, but it doesn’t actually settle anything and mostly just further polarizes an already heated debate. For the sake of reason, let’s all agree to set it aside. If, instead, we stick to the facts and engage actual arguments, a reasonable, civil debate regarding gay marriage might still be possible.