Can Crowdfunding Replace the National Endowments for the Arts? 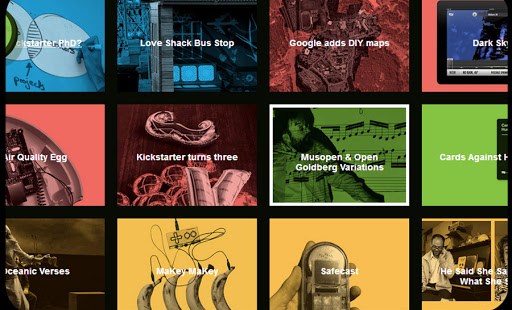 A tale of two Kickstarter projects.

I sat in church on Sunday and struggled mightily to keep my thoughts away from zombies.

Normally, this wouldn’t be a consideration at all, but it was the first Walking Dead-less weekend since the season finale, and the Mass readings (Ezekiel 37:12-14 and John 11:1-45) were full of graves opening and the dead rising from them. Oh sure, I understand the theological meaning behind the undead narratives, but I can see where the secular reader would raise an eyebrow or two.

On Monday, my friend posted a link to my Facebook wall about a Kickstarter movie project featuring Jesus and zombies. I like zombies and I love Jesus, so I checked out the link.

Kickstarter, for those who many not be familiar with it, is an example of “crowdfunding”, in which the capital needed to bring various projects to life is raised via online donations.  Each project sets a monetary goal and a time limit for reaching that goal. If a project reaches the money goal before time runs out, work begins; if a project doesn’t reach the money goal by the time goal, it stalls out.

My friend’s Jesus-meets-the-zombies Kickstarter link was actually the second time the popular crowdfunding site popped up in my news feed this week. A few days before, I ran across a story about another movie project that claimed it had been censored by Kickstarter.

Kickstarter’s guidelines for what sort of projects are fit for funding on their site are predictably clear and vague at the same time. Projects clearly not allowed on their site range from real estate, organizational fundraisers, and resale of goods. But then there is the great grey land of offensive material or pornography. Neither are allowed, and neither have clearly defined parameters.

The movie that producers claimed had been censored by Kickstarter is called Kermit Gosnell: America’s Most Prolific Serial Killer. Email exchanges between the movie’s producers and Kickstarter representatives show that phrases like “1000s of babies stabbed to death” were required to be removed from the project pitch in order for it to be allowed on the site. The representative says, “We understand your convictions and the horror of this person’s crimes, however we are a broad website used by millions of people. Our Community Guidelines outline that we encourage and enforce a culture of respect and consideration, and we ask that that language specifically be modified for those reasons.”

Meanwhile, Fist of Jesus, the zombie movie my friend shared with me, sits at Kickstarter, 17% funded.

Don’t get me wrong. This has little to do with either project specifically. While Fist of Jesus hits the definition of “sacrilegious”, I don’t feel like its intent is to be disrespectful of God. The sense I get from the trailer is that the screenwriters once heard the same readings I did this past Sunday, and used them as a vehicle for their real goal- a zombie slasher flick. While I certainly think images of Jesus using a fishbone to dispatch zombies would fall neatly under Kickstarter’s “offensive materials” ban, I don’t think it should be removed. So for a web company that is hosting a project featuring a zombie Lazarus eating villagers to suddenly claim that its “culture of respect and consideration” will be violated by the phrase “1000s of babies stabbed to death” it’s not only disingenuous, but it is insulting to all of us who see the value in crowdfunding.

That’s the thing at stake here. Here is a valid alternative to things like the National Endowments for the Arts, which perennially has conservatives wringing their hands over controversial pieces and liberals gnashing their teeth about funding cuts.  With crowdfunding, of which Kickstarter is arguably the biggest player, people fund the pieces they value, at greater monetary levels than the NEA currently has to work with ($115 million for the NEA in 2014 vs. $347 million by Kickstarter alone).