Catholics Should Be Worried About the Resignation of Mozilla’s CEO 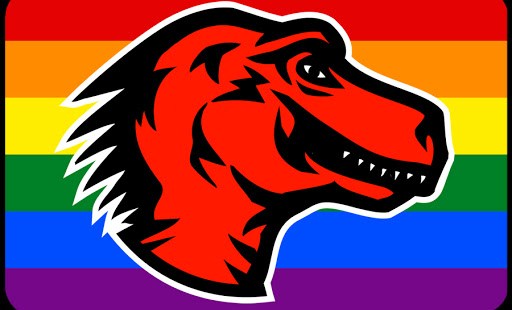 Who will be the next victim of the thought police?

The media storm swirls around Brendan Eich’s April 3 resignation as CEO from Mozilla, the maker of the Firefox browser. Eich is a talented programmer who invented the JavaScript programming language for the internet and who co-founded the Mozilla company. After fewer than two weeks as the company’s head, he was forced to resign over Silicon Valley furor regarding a $1,000 donation he made back in 2008 to California’s Proposition 8 law, which defined marriage as the union of one man and one woman. To repeat, he was fired for holding unpopular— now socially forbidden—views.

Many news outlets are critical. A lot are supportive. Catholics should be up in arms, for at stake here is the freedom to work in a public capacity and hold orthodox views at the same time.

The Road to Resignation

The former Chief Technology Officer has been called the usual roster of terms for supporters of marriage: bigot, hateful, homophobic. This follows after a
statement by Eich vowing to protect and enshrine the benefits of those who identify as LGBTQ [lesbian, gay, bisexual, transgender, queer] at Mozilla and to continue to make the environment supportive and inclusive.

Nevertheless, Eich did not recant or apologize for his personal views or past donation and so a myriad of voices in the technology business called for his resignation. One popular dating website, OkCupid, launched a
protest urging users not to use the Firefox browser, as Mozilla’s new leader “is an opponent of equal rights for gay couples” and would “seek to deny love.” Many of Mozilla’s own employees took to Twitter and blogs to express disappointment with Eich’s views as well. Not long after, Eich resigned under pressure from the board. This is the first public ouster revolving around the marriage debate, and it sets a harrowing precedent.


"You’ve already
said that you won’t bring any personal exclusionary beliefs to the workplace. But your actions in 2008 were not personal or private: They were public acts of speech, for which your constituents are rightly holding you accountable now. You did not merely express a personal view on same-sex marriage; you attempted to persuade others to support your point of view." [emphasis added]

This is a shocking reprimand of Eich’s exercise of free speech, which includes political action. While only the government is forbidden to abridge speech rights, Thomas’s vitriol implies that people may think “unacceptable” thoughts and hold such views, but that it is not okay to convince others of these thoughts.

The problem with that assertion is this: we humans hold beliefs because we find them to be reasonable. If we find them the most reasonable and worthy of holding, it is natural that we should want to share our views with others. Of course disagreement is part of life, but sharing our beliefs is part and parcel of holding them in a meaningful way. To forbid persuasion and sharing and convincing and debate is to forbid human thought itself.

Thomas believes he can make a distinction between “expressing” a personal view and attempting to convince others of it. That is absurd. On the most significant questions that carry civil and human implications, a simple difference of opinion — as in which color is the prettiest — is out of the question. That is precisely why these topics, such as the nature of marriage, concern politics and society in the first place. Thomas’s rebuke of Eich for expressing his views through political action is no different from condemning him for holding them at all. Anyone concerned about free thought, and Catholics especially, should be very alarmed now for their freedom to think and express beliefs that are counter-cultural.

The Mozilla Corporation issued a few confusing statements in regards to Eich’s resignation. Here is one contradictory message in which they claim to value diversity.
The Atlantic’s Conor Friedersdorf rightly
blasted the irony inherent in their statement:


"’Our organizational culture reflects diversity and inclusiveness,’ the statement goes on. ‘We welcome contributions from everyone regardless of age, culture, ethnicity, gender, gender-identity, language, race, sexual orientation, geographical location and religious views. Mozilla supports equality for all.’ But the company is plainly taking the position that it won’t employ, in leadership positions, anyone who publicly holds orthodox Christian or Muslim views on gay marriage.