Your Musical Guide to Holy Week 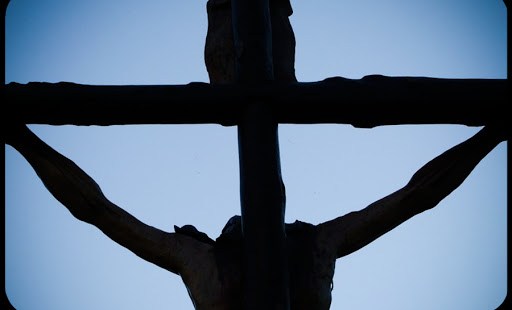 For 1.2 billion Catholics around the world, this week marks the single most important week of the year: Holy Week.

Of course, when the historical figure of Jesus comes up (and it is the mainstream position among historians that Jesus did, in fact, exist), many try to do just that – reduce Jesus to another wise spiritual teacher, like a Socrates or Confucius. But can you imagine if your teacher or mentor said something like “I am the way, the truth, and the life”? But this man did; and so he was, as CS Lewis noted with his “trilemma”, either a liar, a lunatic, or the Lord. (Some add legend, or mystic – but these falter too.)

But was Jesus who he said he was? That is the question; and it all hinges on this news of Resurrection, an event that billions of Christians around the globe – backed by a heap of historical and philosophical evidence – still profess to this day.

But just what happened that week? And why has it mattered so immensely to so many down the centuries?

To answer that, here is a day-by-day musical guide to Holy Week. Each day (and its corresponding verse in Matthew) is followed by a song by Josh Garrels and a meditation from the Catechism of the Catholic Church – gems that both reveal, in their own way, the power and glory of the week that changed the world.

“How will Jerusalem welcome her Messiah? Although Jesus had always refused popular attempts to make him king, he chooses the time and prepares the details for his messianic entry into the city of ‘his father David’. Acclaimed as son of David, as the one who brings salvation (Hosannameans ‘Save!’ or ‘Give salvation!’), the ‘King of glory’ enters his City ‘riding on an ass’. Jesus conquers the Daughter of Zion, a figure of his Church, neither by ruse nor by violence, but by the humility that bears witness to the truth. And so the subjects of his kingdom on that day are children and God’s poor, who acclaim him as had the angels when they announced him to the shepherds. Their acclamation, ‘Blessed be he who comes in the name of the Lord’, is taken up by the Church in the ’Sanctus’ of the Eucharistic liturgy that introduces the memorial of the Lord’s Passover.” (CCC, 559)

“For him, the Temple was the dwelling of his Father, a house of prayer, and he was angered that its outer court had become a place of commerce. He drove merchants out of it because of jealous love for his Father: ‘You shall not make my Father’s house a house of trade. His disciples remembered that it was written, ‘Zeal for your house will consume me.’ After his Resurrection his apostles retained their reverence for the Temple.” (CCC, 584)

“On the threshold of his Passion Jesus announced the coming destruction of this splendid building, of which there would not remain ‘one stone upon another’. By doing so, he announced a sign of the last days, which were to begin with his own Passover. But this prophecy would be distorted in its telling by false witnesses during his interrogation at the high priest’s house, and would be thrown back at him as an insult when he was nailed to the cross.” (CCC, 585)

“It is precisely in the Passion, when the mercy of Christ is about to vanquish it, that sin most clearly manifests its violence and its many forms: unbelief, murderous hatred, shunning and mockery by the leaders and the people, Pilate’s cowardice and the cruelty of the soldiers, Judas’ betrayal – so bitter to Jesus, Peter’s denial and the disciples’ flight. However, at the very hour of darkness, the hour of the prince of this world, the sacrifice of Christ secretly becomes the source from which the forgiveness of our sins will pour forth inexhaustibly.” (CCC, 1851)

“‘At the Last Supper, on the night he was betrayed, our Savior instituted the Eucharistic sacrifice of his Body and Blood…The Eucharist is ‘the source and summit of the Christian life.’ ‘The other sacraments, and indeed all ecclesiastical ministries and works of the apostolate, are bound up with the Eucharist and are oriented toward it. For in the blessed Eucharist is contained the whole spiritual good of the Church, namely Christ himself, our Pasch.’ ‘The Eucharist is the efficacious sign and sublime cause of that communion in the divine life and that unity of the People of God by which the Church is kept in being. It is the culmination both of God’s action sanctifying the world in Christ and of the worship men offer to Christ and through him to the Father in the Holy Spirit.’ Finally, by the Eucharistic celebration we already unite ourselves with the heavenly liturgy and anticipate eternal life, when God will be all in all.” (CCC, 1323-1326)

“Jesus did not experience reprobation as if he himself had sinned. But in the redeeming love that always united him to the Father, he assumed us in the state of our waywardness of sin, to the point that he could say in our name from the cross: ‘My God, my God, why have you forsaken me?’ Having thus established him in solidarity with us sinners, God ‘did not spare his own Son but gave him up for us all’, so that we might be ‘reconciled to God by the death of his Son’.” (CCC, 603)

“Christ went down into the depths of death so that ‘the dead will hear the voice of the Son of God, and those who hear will live.’…‘Today a great silence reigns on earth, a great silence and a great stillness. A great silence because the King is asleep.’” (CCC, 635)

“‘If Christ has not been raised, then our preaching is in vain and your faith is in vain.’ The Resurrection above all constitutes the confirmation of all Christ’s works and teachings. All truths, even those most inaccessible to human reason, find their justification if Christ by his Resurrection has given the definitive proof of his divine authority, which he had promised. Christ’s Resurrection is the fulfillment of the promises both of the Old Testament and of Jesus himself during his earthly life. The phrase ‘in accordance with the Scriptures’ indicates that Christ’s Resurrection fulfilled these predictions. The truth of Jesus’ divinity is confirmed by his Resurrection. He had said: ‘When you have lifted up the Son of man, then you will know that I am he.’ The Resurrection of the crucified one shows that he was truly ‘I AM’, the Son of God and God himself.” (CCC, 651-653)