Maidan Protests Gave Rise to a ‘New Society’ in Ukraine 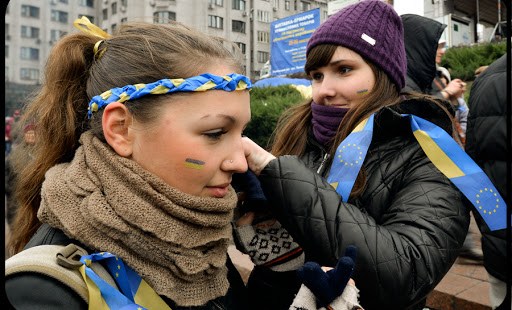 “Faith allows us to regard what has happened through the prism of the providence of God.”

The three months of protests in Kyiv’s Maidan Square were a demonstration of Ukrainians’ moving beyond fear to find their freedom and founding a new society, a philosopher from the country’s east has reflected.

“Freedom is needed in order to defend human dignity,” Aleksandr Filonenko, an associate professor of the philosophy of science at the University of Kharkiv, told CNA April 8.

He said that “churches had an important role in Maidan because people have found the courage to go beyond fear and found their freedom, thanks to the experience of peaceful protest and of communal prayer.”

“Maidan brought a re-discovery of the value of our identity,” Filonenko continued. “Maidan started as a protest against the destruction of the dignity of the Ukrainian people operated by a power who tried to solve the problem of security with strength.”

Later, “people discovered that they needed to find their identity in order to defend their dignity, and, after three months of peaceful demonstration, they understood that it was pivotal not only to protest, but to find out for which values they were standing. And they understood these were European values.”

“Maidan evidently showed a civil society, which has been missing for several years in the post-Soviet countries.”

“Maidan gave rise to a new society, and now this society will need many years to be educated, to develop and to reinforce itself.”

With time, Ukraine must be “open to the world,” he said: and this does not mean merely the will to join Europe.

“We need a new country. It is interesting that Ukraine is going to join Europe, on the basis of European values,” Filonenko said.

Major Archbishop Sviatoslav Shevchuk of the Ukrainian Archeparchy of Kyiv-Halyc similarly explained in a press briefing held at Vatican Radio March 4 that “the central issue of all the discussion and the protests in Ukraine is about the European identity of the Ukrainian people.”

Filonenko also pointed out that “we should understand where Russia will be situated in the world order. Russia is in conflict with the whole world, and it is necessary to understand and redefine economic and social agreements with it. It is not just a problem of the relation between the Russia and Ukraine: all the world must confront with this.”

Filonenko’s home, Kharkiv, is a city which in 1989 had a population of 50 percent Ukrainians and 44 percent Russians. It is 25 miles from the Russian border, and has seen tensions in recent days.

This followed the Feb. 21 flight of Ukraine’s pro-Russian president, Viktor Yanukovych, who was replaced two days later by Oleksander Turchynov.

The Church in Crimea is experiencing persecution since the region’s annexation by Russia.

“We are cut off from the rest of the country,” Bishop Jacek Pyl, an auxiliary of the Diocese of Odesa-Simferopol, told Aid to the Church in Need April 9. “We communicate only by telephone and email; even aid packages are blocked at the border.”

Bishop Pyl said that “we try to respond to the emergency by donating food and medicine, with particular attention to families.”

“We also help the Greek Catholic faithful, who participate in our liturgical celebrations because all their priests have left Crimea.”

Of the five Ukrainian Greek Catholic priests who had been serving the Crimean exarchate, three were kidnapped by pro-Russian forces in mid-March. They were all released, and are reportedly now safe.