The Calvary of Julienne 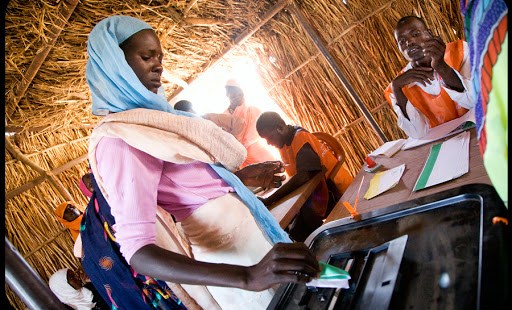 The harrowing story of why a Catholic woman married an abusive Muslim man in Africa – and how she escaped.

"Six years ago, when I first started college, I met my husband-to-be," says Julienne, a young Congolese woman in her early thirties. A fervent Catholic, she has just emerged from four years of intense moral, physical and emotional suffering that marked her marriage to a Muslim man whose initial respect and tolerance of her faith turned out to be lie.

In the Democratic Republic of the Congo (DRC), Christians form the overwhelming majority, with Muslims accounting for less than 10 percent of the population. Here, as is common of many cultures across the world, marriage is a goal and dream for many girls and their families, as it provides a significant social boost.  It is a source of great pride for the parents and provides economic gain.

Some young women are obligated to change their religion and practices in order to join the faith of the husband. When they object, it is often their impoverished parents who pressure them to accede. Under such circumstances, unions do not last long and the young bride has a very bad time of it. For Julienne, her marriage was a nightmare.

“He was a science student, a few years older than me, at the same school,” she recalls.

“I gave him all my heart and I loved him dearly. All seemed to be going well. I continued to regularly attend Mass and sometimes he would come with me to Church Sunday evenings.”

“There was not a hint of violence in his demeanor. On the contrary, he showed himself to be generous and loving. He only went to the mosque on the great feast days and swore that he would never oppose my Catholic faith.”

“A year after the start of our relationship, he came to visit me and my parents along with his own father and stepmother. My parents agreed and gave him my hand.”

“He took the fact of our relationship now being official as a carte blanche.  I began to notice changes in his behavior and in his attitude toward me. Little by little, he began to forbid me going to Church. ‘You know very well that I’m Muslim and so you must stop attending that Church where you worship “statues and pictures,” he would say.

“He began to plan his visits, our walks, almost always on Sundays and at such times that prevented me from going to Mass,” says Julienne, continuing her story.

“As time went by and the date of our wedding approached, he became more demanding and insistent: ‘There is no question of you attending that ‘Church of 666 [in an allusion to the Book of the Apocalypse],’ he’d say. ‘You have to start coming with me to the mosque and change the way you dress.” That became an almost daily refrain.”

“At that point I began to have serious doubts; insecurity and fear got a hold of me. I started to circumvent his vigilance to go to Mass some Saturday evenings. Sometimes I even pretended to escape our Sunday outings just so that I could go to Mass.”

“I decided to speak to my parents, to tell them of my intention to break off the engagement and give up on our impending marriage. But instead of finding comfort with my parents, they reprimanded me severely and threatened to disown me if I were to proceed with my plans.”

“They were strengthened in their opposition by my aunts and uncles who also were hoping to reap the benefits of my marriage to this son of a well-off family.”

“Despite my determination and the bond to my faith, I was forced to give in and had a traditional wedding according to traditional Muslim rites.”

This was the beginning of the calvary of Julienne, who suffered bitter humiliation, physical and emotional abuse, the denigration of her faith, and descent into near despair.

“I had all the comforts I could want in our home and even had a Jeep at my disposal. I lacked nothing, I had everything, except peace,” she recalls.