The Secrets of a Second Rome 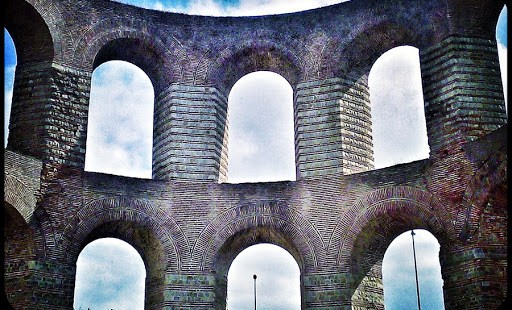 How the Latin Mass returned to Roman Trier.

As I was born in 1963 — during the convocation of the Second Vatican Council — I never actually experienced the traditional liturgy during my childhood. I grew up in a good Catholic family in a modern suburban community outside Mainz (a small city in central western Germany). In my parents’ house and in our local parish, we followed the new, post-conciliar liturgy of Paul VI.

During the 1960s, our suburb was a newly built post-war settlement, and we had no church building for many years. Instead, we used a local rectory for Mass and for Carnival events. There was no sacred space for our village. In the rectory, we had only chairs, no benches – and of course no way to kneel. We were told that there was no money available for building churches in the Mainz diocese.

In the late 1970s, I attended our diocesan high school in Mainz, and I can’t remember anyone ever expressing any critical thoughts regarding the huge liturgical upheaval that followed in the wake of the Vatican Council. After school, I was active in the Catholic Boy Scouts, where we were encouraged to ‘use our creativity,’ inventing our own liturgies in loose-leaf notebooks. No one ever questioned the “new” liturgy, neither my family nor anyone in my social environment. There was simply no other liturgical variant.

By the time I was slightly older, however, I began increasingly to question this liturgy I had grown up with.  It seemed to me that the new rite was less about worship, and more about featuring the priest at center stage, along with the lay people who were ‘selected’ to participate in the liturgy.

In fact, it seemed to me that in the new rite the proper focus on the major events of Holy Mass had been lost long ago. We were afforded hardly a moment for our own silent prayer, or to await that inner peace so essential for worship.  In the new rite in Germany, every moment had to be filled with action.

Together with other students, then, I became increasingly interested in experiencing  the quieter, more predictable, “real” worship found in the old Mass, where people’s actions were in the background and God was brought back to His rightful place — in the center of the action, so to speak.

Now and again we students would drive to a parish in Kiedrich, a picturesque medieval town amidst the vineyards along the Rhine. In this simple country parish, the church had maintained a special schola cantorum for many years.  Saints’ days and feasts were celebrated with due solemnity.

At the suggestion of a friend, I attended the Holy Mass in the traditional rite for the first time in a parish near Frankfurt.  I watched joyfully as the celebrant handled the Body of Christ in a reverent, convincing and consistent manner.  His careful use of the corporal,  the closed hold of his fingers on the Host from conversion to purification, on the paten and in administering Holy Eucharist in the mouth — here, it was clear that no one needed to explain the Real Presence.  From these many gestures and signs, that the Body of Christ was really and truly in the Host was abundantly clear to anyone attending this Mass.

I remember thinking that the form followed the content of our Faith totally in these actions. Only much later did I come across the concept of lex orandi lex credendi; that is, the notion that “the law of prayer determines the law of faith“ and therefore that one’s external actions shape one’s inner attitude.